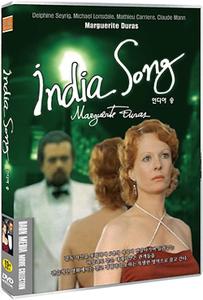 Poetical tale of Anne-Marie Stretter, the wife of a French diplomat in India in the 1930s. At 18 she had married a French colonial administrator and went with him on posting to Savannakhet, Laos. 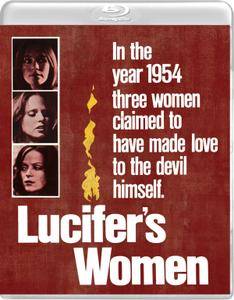 An acclaimed author has developed an interest in satanism and black magic. Hoping to manipulate him to suit his own perverse desire, his publisher convinces him to perform the ultimate black rite: a human sacrifice. Selecting a beautiful burlesque dancer to be their victim, he begins having doubts about his beliefs, as his publisher becomes more and more preoccupied with the black arts, and murder.
1974 Horror Paul Aratow
Details 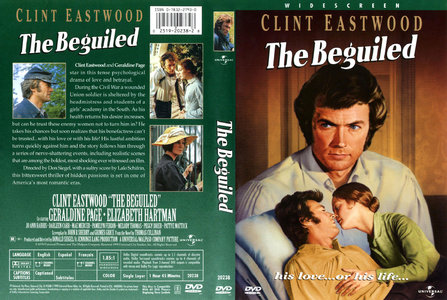 The Beguiled is a Freudian mood piece from the team of actor Clint Eastwood and director Don Siegel. Eastwood plays Corp. John McBurney, a wounded Union soldier during the Civil War, who takes refuge in a prim-and-proper Southern girl's school run by Martha Farnsworth (Geraldine Page). Chauvinistic, insensitive and conceited, McBurney takes full advantage of the women by bedding each successively – and then learns the true meaning of "a woman scorned." 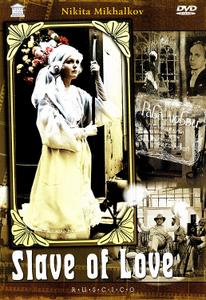 Раба Любви / Raba lyubvi / A Slave of Love (1975)
DVD9 | VIDEO_TS | NTSC, 4:3 (720x480) VBR | 01:29:22 | 7.4 Gb
Audio: Русский AC3 5.1 @ 448 Kbps or AC3 1.0 @ 96 Kbps | Subs: English, Français, Русский
Genre: Drama, Romantic Drama, Tragicomedy
The 1920s’ Civil War in Russia. In a small Southern town occupied by the White Guards, a film group from Moscow is shooting a salon drama under the title of “Slave of Love”. Invited to play the leads are a silent film star, Olga Voznesenskaya, (the character’s prototype is the famous early-20th-century Russian actress Vera Kholodnaya) and no less prominent movie actor Maksakov. The cameraman Victor Pototsky is clandestinely making the documentary filming of arrests and shootings, carried out in the town by the White Army Counterintelligence. Victor is in love with Olga, and he is trying to explain to this gorgeous, politically ignorant woman the monstrosity of what is going on in Russia.
1975 Drama Romantic Drama Tragicomedy Nikita Mikhalkov Elena Solovey Rodion Nahapetov Aleksandr Kalyagin Oleg Basilashvili Konstantin Grigorev Yuri Bogatyryov
Details 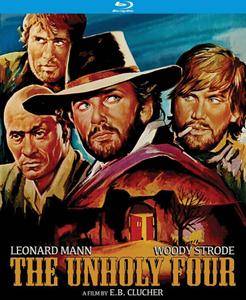 The Unholy Four (1970)
BDRip 720p | MKV | 1280 x 720 | x264 @ 2560 Kbps | 1h 34mn | 1,82 Gb
Audio: English AC3 2.0 @ 192 Kbps | Subtitles: English (embedded)
Genre: Western | Director: Enzo Barboni
A gang of robbers sets a diversionary fire in a madhouse as part of their plot to steal a gold shipment. Four inmates escape together. One of them, an amnesiac, hopes to find out who he is and where he comes from. One of the robbers reveals his name, Chuck Mool, and other clues lead him and his fellow escapees to his hometown. There Chuck is reintroduced to his family. But then, maybe it's not his family.
1970 Enzo Barboni Spaghetti Western Western
Details 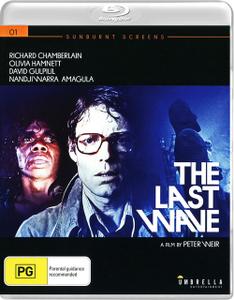 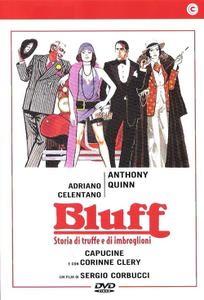 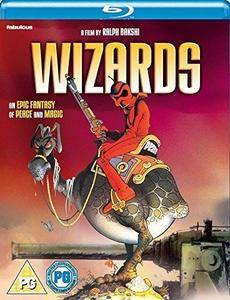 Wizards (1977)
BDRip 720p | MKV | 1280 x 690 | x264 @ 4541 Kbps | 1h 20mn | 3,00 Gb
Audio: English DTS 1.0 @ 768 Kbps | Subtitles: None
Genre: Animation, Adventure, Fantasy | Director: Ralph Bakshi
In a post apocalyptic future that appears as a blend of World War II Europe and J.R.R. Tolkien's Middle-earth, a pint-size wizard named Avatar must save the world from a band of fascist mutants controlled by his evil twin brother, Blackwolf, who likes to confuse enemy armies by projecting films of Adolf Hitler speeches during attacks. Painted live-action footage of advancing Nazi armies contrasts with Saturday-morning-cartoon-style animation of fairies and elves as Avatar travels through various magical and radioactive realms on his quest. Aiding him are the beautiful Fairy princess Elinore, hot-blooded warrior elf Weehawk, and Peace, a misunderstood robot rebelling against his Blackwolf-controlled programming. A bizarre and psychedelic meditation on magic vs. technology, this ultimate futuristic fantastic epic cult film still finds an audience on college campuses and will prove quite rewarding to viewers in the right frame of mind.
1977 Adventure Animation Fantasy Ralph Bakshi
Details 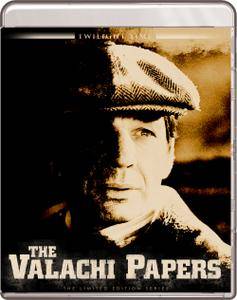 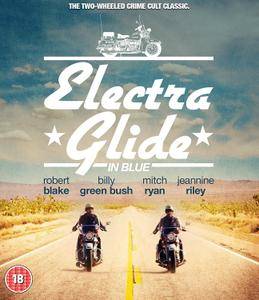 Electra Glide in Blue (1973)
BDRip 720p | MKV | 1280 x 720 | x264 @ 2560 Kbps | 1h 53mn | 2,38 Gb
Audio: English AC3 2.0 @ 192 Kbps + Commentary track | Subtitles: English
Genre: Crime, Mystery | Director: James William Guercio
A police officer of short stature assigned to patrol the Arizona desert by motorcycle, John Wintergreen (Robert Blake) hopes to break out of his rookie status and join the homicide department. When Wintergreen catches a break and gets an opportunity to work on a murder case, he jumps at the chance. Meanwhile, the lawman becomes disillusioned with many of his peers and the way that they harass hippies, and this ongoing conflict has a major effect on Wintergreen's life.
1973 Crime James William Guercio Mystery Robert Blake
Details 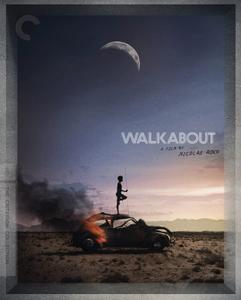 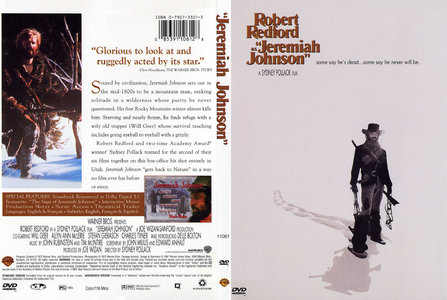 Years before Kevin Costner danced with wolves, Robert Redford headed to the mountains to escape civilization in Sydney Pollack's wilderness western. Around 1850, ex-soldier Johnson (Redford) decides that he would rather live alone as a mountain man in Colorado than deal with society's constraints. After a series of setbacks, he meets grizzled mountain veteran Bear Claws (Will Geer), who teaches him how to survive. Jeremiah strives to live as peaceably as possible in the rugged environment, trading with the native Crow tribe, adopting a boy (Josh Albee) after his family is massacred, and even marrying the daughter (Delle Bolton) of a Flathead chief in order to avoid confrontation. 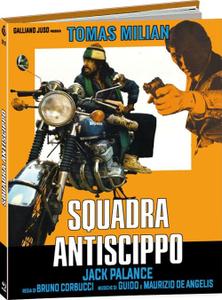 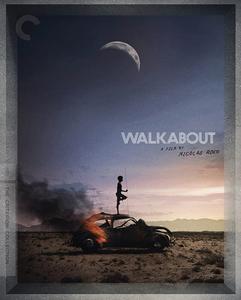 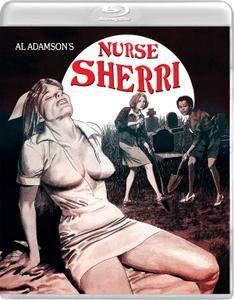 Nurse Sherri (1978)
BDRip 720p | MKV | 1280x688 | x264 @ 6273 Kbps | English FLAC 1.0 @ 739 Kbps | 89 min | 4,36 Gb
Genre: Horror, Sexploitation
Horror movie about a demented professor of the occult, whose soul jumps into the curvaceous body of Nurse Sherri (Jill Jacobson) shortly before he dies on the operating table. The possessed lady in white then begins stalking, seducing and kill people - even her boyfriend - until someone puts an end to the madness.
1978 Al Adamson Horror Sexploitation
Details
Publication archive