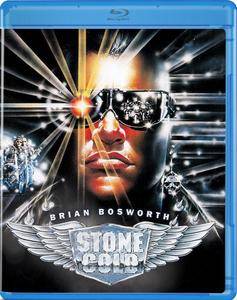 In the early '90s, Brian Bosworth made the seamless transition from football bad boy to onscreen bad ass. In Stone Cold, the Boz plays cop Joe Huff, a brute force specialist. The FBI contracts him to take down a biker gang known as the Brotherhood, who have been implicated in drug trafficking and several murders. Joe assumes the personality of John Stone and goes undercover. His mission seems not to bust the gang but rather to kill with excessive force. Before he can take the law into his own hands, however, he has to get in with the gang's leader, the impressively tough Chains. The Boz doesn't disappoint, and he gets his chance in the final confrontation where he takes on several score of the Brotherhood in the street battle to end all street battles. 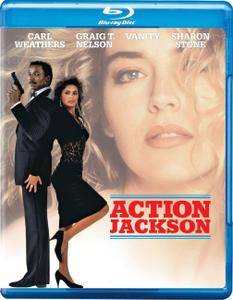 Due to the use of excessive force in arresting a sexual predator, Detective Lt. Jericho "Action" Jackson (Carl Weathers) is demoted to police sergeant. What's worse, the father of the man he roughed up, Detroit industrialist Peter Dellaplane (Craig T. Nelson), declares war on Jackson, framing him for the murder of his own wife, Patrice (Sharon Stone). But Jericho manages to elude arrest and, with the help of a drug-addicted singer named Sydney (Vanity), goes after Dellaplane.