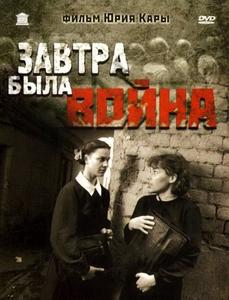 This movie is based on a novel by Boris Vasiliev and describes life in a small Russian provincial town in 1940 - one year before Germany invaded the Soviet Union. Two school girls for the first time in their lives discover truth about Stalin repressions against innocent people.

its a harsh view of the life lead in stalin's russia. The title indicates that a war was on even before Hitler invaded (it takes place in '40 before russia was invaded). 1984 in its true, real, form where people are so penetrated by the dogma around them, they are virtually willing to denounce their children and words like truth and justice are unknown. (one of the girls asks her mother, "what is istina?" which means 'higher truth') the suffering befalling the kids in the movie is tragic and heartfelt. Its excellently done and the acting is superb (in the russian style). There is a reason why it is rated higher than godfather.