Bone-chilling tunes are on the menu with a new compilation from BuySoundtrax Records: Halloween Horror Hits. The compilation features some of the scariest music ever written for film and television by composers including Jerry Goldsmith, Danny Elfman, John Carpenter, and John Beal. Scare the bejeezus out of your friends this Halloween with this new compilation, featuring cuts from The Thing, Christine, A Nightmare on Elm Street, and of course Halloween. The album features tracks produced for BSX by such Hollywood Veterans as Dennis McCarthy, John Beal, Dominik Hauser, Joohyun Park, Charles Fernandez and Chuck Cirino. It also features two new versions of songs from the cult classic films Return of the Living Dead and The Rocky Horror Picture Show sequel Shock Treatment. 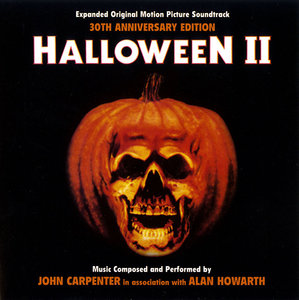 The soundtrack features music composed & performed by John Carpenter (HALLOWEEN, ESCAPE FROM NEW YORK) in association with Alan Howarth (THE LOST EMPIRE, HEADLESS) for the 1981 cult horror sequel directed by Rick Rosenthal, written by John Carpenter and Debra Hill, starring Jamie Lee Curtis, Donald Pleasance, Lance Guest, Nancy Stephens, Pamela Shoop, Tawny Moyer, Leo Rossi and legendary stuntman Dick Warlock as The Shape. The film's score is a variation of John Carpenter s compositions for the first HALLOWEEN, particularly the main theme's familiar piano melody played in a 5/4 time rhythm. This time, the score was performed on synthesizer organs rather than on piano. For this special 30th Anniversary Edition of HALLOWEEN II, the original 1981 album presentation is included, newly remastered. In addition, a special suite of seven tracks has been prepared, consisting of the entire film score sequenced in chronological order and including previously unreleased music. In addition, Alan Howarth has contributed exclusive notes for the booklet. 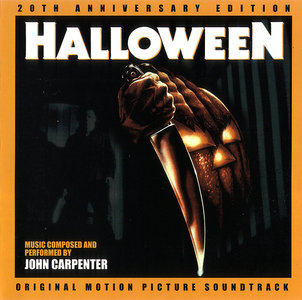 Although this hit soundtrack was recorded with cheap '70s synthesizers, the simple scores composed by John Carpenter are acclaimed masterpieces. Carpenter sets the mood for his horrific movie with such tracks as "The Shape Stalks," "Laurie's Theme," and, of course, his main theme, which consists of the beating out of a 5-4 rhythm. A definite first pick for those interested, this soundtrack even bests most scary music albums. 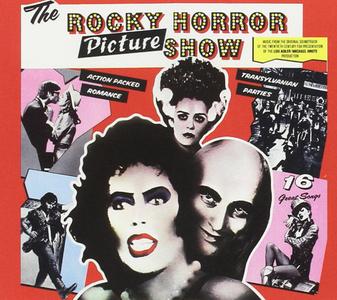 The Rocky Horror Picture Show is the original soundtrack album to the 1975 film The Rocky Horror Picture Show, an adaptation of the musical The Rocky Horror Show that had opened in 1973. The soundtrack was released as an album in 1975 by Ode Records, produced by Richard Hartley. The album peaked at No. 49 on the Billboard 200 in 1978. It reached No. 40 on the Australian albums chart and No. 11 on the New Zealand albums chart. Following its initial release, the album was not successful, and was deleted everywhere but in Canada. Marty Scott, co-founder of Jem Records, obtained a licensing agreement from Ode Records owner Lou Adler, which enabled the album to be imported to the United States. Scott also obtained a production and distribution license from Adler, which resulted in renewed interest in the album.

Michael Nyman - The Cook, The Thief, His Wife & Her Lover: Soundtrack To The Film By Peter Greenaway (1989) [Re-Up] 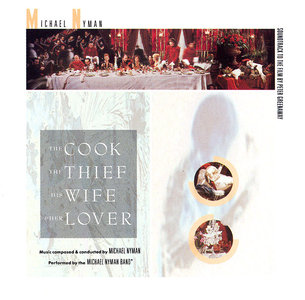 For this, his seventh soundtrack for director Peter Greenaway, Nyman deftly orchestrates a mix of strings, horns, and voices to produce another of his fetching and romantic minimalist backdrops. The opening "Memorial" is the highlight of the lot and drives along with stuttering saxophones, an insistent string arrangement, elegiac brass solos, and the soaring vocals of soprano Sarah Leonard (Leonard would be featured on a large part of the Prospero's Books soundtrack). The piece was originally inspired by a 1985 Belgian soccer match tragedy, in which 39 Italian fans were killed. Nyman utilized a death march in his earlier Greenaway collaboration, Drowning by Numbers, and revives the scheme to great effect here for what would become the main theme of The Cook, the Thief, His Wife, and Her Lover. Nyman contrasts the piece's climatic quality with two relatively sedate yet brooding numbers. 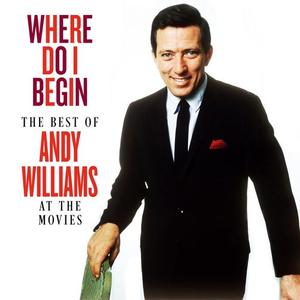 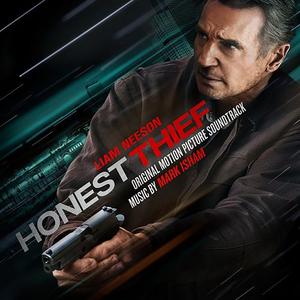 Mark Isham - Honest Thief (Original Motion Picture Soundtrack) (2020)
FLAC tracks | 00:51:51 | 214 Mb
Genre: Soundtrack / Label: Varese Sarabande
Honest Thief is a 2020 American action thriller film directed by Mark Williams, from a screenplay by Williams and Steve Allrich. The film stars Liam Neeson, Kate Walsh, Robert Patrick, Anthony Ramos, Jeffrey Donovan, and Jai Courtney, and follows a former bank robber who turns himself into authorities, only to be set up by them.Honest Thief was theatrically released, including in IMAX, in the United States on October 16, 2020, by Open Road Films and Briarcliff Entertainment. The film received mixed reviews from critics, who noted its familiarity.
Soundtrack
Details 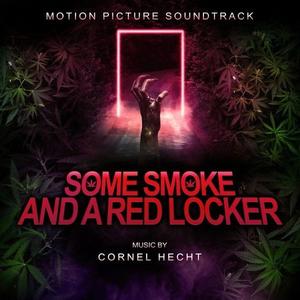 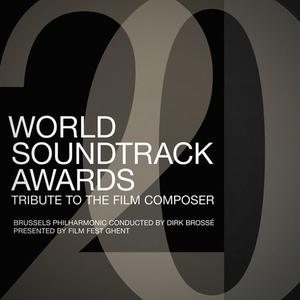 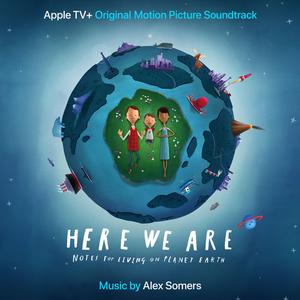 Alex Somers - Here We Are (Apple TV+ Original Motion Picture Soundtrack) (2020)
FLAC tracks | 52:49 | 269 Mb
Genre: Soundtrack / Label: Lakeshore Records
“This film is a really sweet portrait of a day in the life of a curious child. A reminder of how everything can be new and alive at any moment if we only look up, shift our perspective, and remain open like children so often do,” said Somers. “The music is a collection of slow and dreamy reverb drenched piano, strings, choir melodies underpinning the spectrum of potential one good day can hold. Thanks for listening!”
Soundtrack
Details 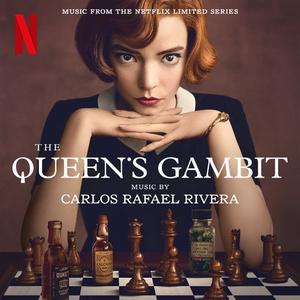 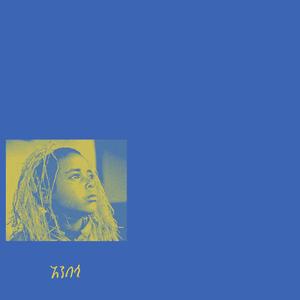 Erik K Skodvin - Anbessa (2020)
WEB FLAC (tracks) ~ 96.96 Mb | 23:21 | Cover
Score | Label: Miasmah Recordings - MIA049
"You know, hyenas aren't the bad ones… These days it's humans you should fear." Erik K Skodvin's first solo film score evokes otherwordly dreamscapes that capture the atmosphere of the film Anbessa (2019), shot in Ethiopia by director Mo Scarpelli. As a "creative" documentary the film follows Asalif, a 10 year old imaginative boy caught between the ancient and the new, navigating modernization on his own terms. Asalif tries to make sense of things while living in a shed on the outskirts of Addis Ababa with his mom. A place where capitalism and “progress” is closing in on all fronts, and threatening their lifestyle. By becoming a lion (anbessa) he can fight back against the forces outside of his control.
2020 FLAC Score
Details 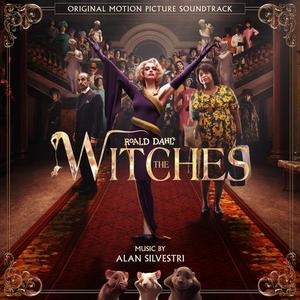 Alan Silvestri - The Witches (Original Motion Picture Soundtrack) (2020)
FLAC tracks | 1:12:18 | 338 Mb
Genre: Soundtrack / Label: WaterTower Music
In his ongoing, decades-long career as a composer, Alan Silvestri has blazed an innovative trail with his exciting and melodic scores, winning the applause of Hollywood and movie audiences the world over. With a credit list of over 100 films Silvestri has composed some of the most recognizable and beloved themes in movie history. His efforts have been recognized with two Oscar nominations, two Golden Globe nominations, three Grammy awards, two Emmy awards, and numerous International Film Music Critics Awards, Saturn Awards, and Hollywood Music In Media Awards.
Soundtrack
Details 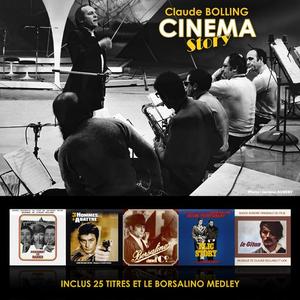 Claude Bolling - Cinema Story (2020)
FLAC tracks | 1:18:12 | 461 Mb
Genre: Easy Listening, Soundtrack, Pop, Jazz / Label: Musiques & Solutions / M&S
Claude Bolling (born 1930) treads a fine line between the disciplines of jazz and classical music. Initially Bolling gained a reputation as a jazz pianist and a bandleader working in the tradition of Duke Ellington, but he also made a thorough investigation of classical technical resources through his study with composer Maurice Duruflé. In 1969 Bolling's dual interests bore fruit in the form of his Sonata for two pianists, which he played with Jean-Bernard Pommier. Through the balance of the 1970s Bolling continued to write highly popular and tasty jazz-styled Suites for various instrumental combinations, the most popular of which was the Suite for flute and jazz piano trio (1975) written for classical flutist Jean-Pierre Rampal. He went on to collaborate with other top classical musicians. Bolling is credited in some circles for helping spur on the concept of a classical musician applying his or her talents to jazz and other types of improvised music.
Soundtrack
Details 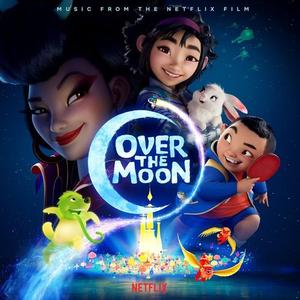