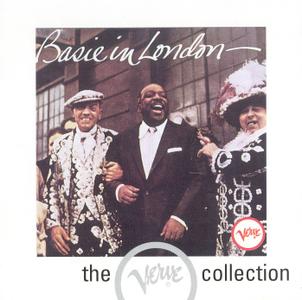 
First off, this album is inaccurately titled. Though the cover photo shows Count Basie with two lavishly dressed Brits, the recording was made in its entirety from a 1956 concert in Gothenburg, Sweden. As far as the music, it represents the Basie band in a classic time period, playing many well-known, long-lasting, and beloved tunes that everybody will recognize. It's also a band loaded with legendary Basie sidemen like Freddie Green, Sonny Payne, Thad Jones, Frank Foster, Frank Wess, Joe Newman, Marshall Royal, Charlie Fowlkes, and on three tracks, Joe Williams. 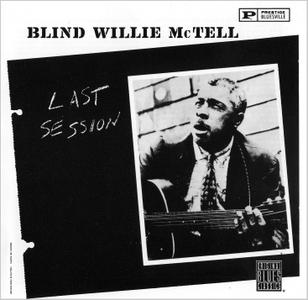 This recording has a less-than-stellar reputation, principally because it was done so late in McTell's career, and it is true that he lacks some of the edge, especially in his singing, that he showed on his other postwar recordings. On the other hand, his 12-string playing is about as nimble as ever and a real treat. McTell cut these sides for record store owner Ed Rhodes, who had begun taping local bluesmen at his shop in Atlanta in the hope of releasing some of it – McTell took to the idea of recording only slowly, then turned up one night and played for the microphone and anyone who happened to be listening, finishing a pint of bourbon in the process – the result was a pricelessly intimate document, some of the words slurred here and there, but brilliantly expressive and stunningly played. 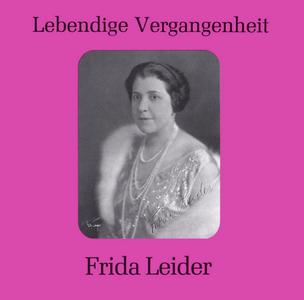 Music lovers who wish to have the great Berlin soprano Frida Leider represented in their record collections are unlikely to find a better memento than this. It comprises most of the best recordings she made between 1927 and 1931. Unfortunately her "Brunnhilde's Immolation" is not included. Technically what is here is probably the most satisfactory from her recorded legacy, and the Preiser restorations are well up to their usual standard. 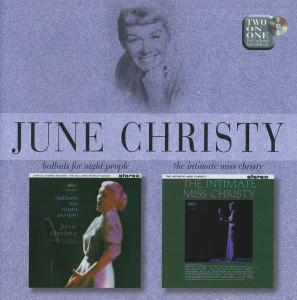 This is another swell two-for-one album pairing from the British wing of EMI. This one features two of June Christy's classic Capitol recordings, each of which showcases her in small-group jazz settings. The superior Ballads for Night People features Christy backed by a superb cool jazz group led by her husband, Bob Cooper. As befits its title, this session is generally dark in tone but it also really swings. The Intimate Miss Christy is more warmly romantic and finds the vocalist backed only by guitar, bass, and the occasional flute. This one is geared more toward fireside smooching then Christy's usual nocturnal regret or daylight exuberance. Christy was always a great interpretive vocalist, but she was at her most relaxed and natural in the type of small-group jazz settings that are featured on these two albums. 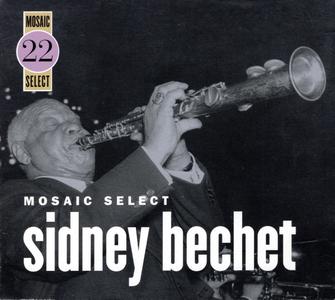 Sidney Bechet, the first great jazz horn soloist to be featured on records, was a remarkable soprano saxophonist and clarinetist. He dominated ensembles, often taking over the role of a trumpet or cornet, and was such a dazzling soloist that he ended up being the favorite musician of both Duke Ellington and John Coltrane. On this three-CD set, Mosaic Select has included some of the highlights of Bechet's recording career, although not delving into his later Paris years or his much-reissued association with the Victor label. 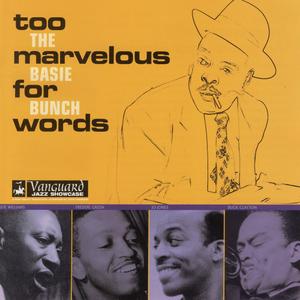 Too Marvelous for Words compiles 12 highlights from John Hammond's late-'50s recordings of Count Basie and his band for Vanguard. Hammond didn't specifically record Basie, who only appears on four tracks on this compilation. Instead, he assembled various members of Basie's band, had them run through familiar items of their repertoire, adding a couple of stray songs and originals along the way. Since these recordings were made in the late '50s, when all of the members (apart from the odd newcomer, such as Kenny Burrell) were well established, these sessions aren't as revelatory as many of Hammond's blues and folk recordings, which had the wondrous element of discovery. 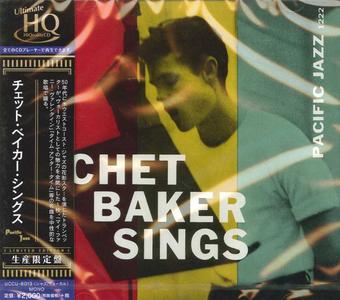 Chet Baker Sings is the debut vocal album by jazz musician Chet Baker, released in 1954 by Pacific Jazz Records. In 2001, the album received the Grammy Hall of Fame Award. 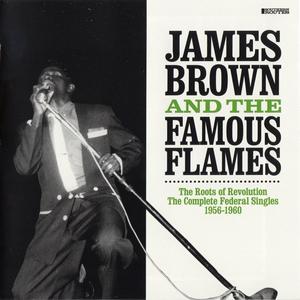 Perhaps you have seen him depicted in the recent feature film; possibly watched the HBO documentary. You might even have been amazed by accounts of legal shenanigans surrounding his estate. Its like James Brown never left, still stirring up controversy and whipping heads around in the twenty-first century. The Roots of Revolution is your ticket to understanding how his story began. This all-new set from Southern Routes presents a complete collection of the Godfather of Soul's formative recording for Federal Records with The Famous Flames in late 1950 s. This import 2LP or 2CD package features all of JB's early, explosive hits including Please, Please, Please, Try Me and Think; thirty-six dynamic Rhythm and Blues gems. Essential!! 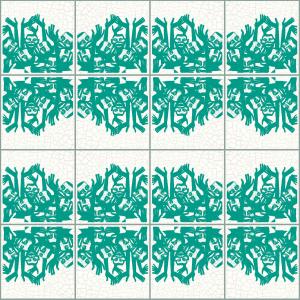 Esoteric, Modal and Progressive Jazz inspired by Islam 1957 - 1988. Songs ancient and divine - the seventh volume of our acclaimed Spiritual Jazz series examines the influence and impact of Islam on four decades of jazz innovation. 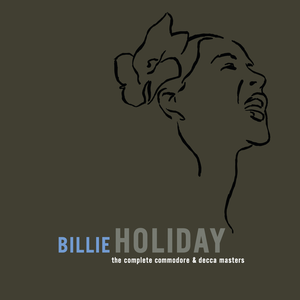 Columbia balked at recording Strange Fruit , fearing reprisals from Southern distributors. So Billie turned to producer Milt Gabler at Commodore, and a four-song one-off flowered into more than a decade of work together. Milt went to Decca soon after, and so did Billie; here, for the first time in one place, are all 50 Milt Gabler-produced Billie Holiday masters, plus two others from her Decca era: Strange Fruit; Yesterdays; Fine and Mellow; My Old Flame; Lover Man; Billie's Blues; I Loves You Porgy; God Bless the Child; Now or Never; You're My Thrill; I'll Get By; My Man 52 breathtakingly beautiful performances! 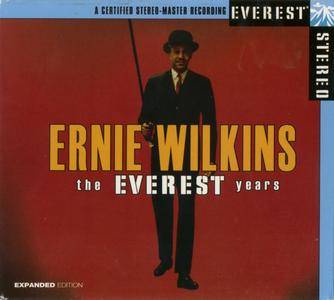 Arranger Ernie Wilkins' two Everest LPs, Here Comes the Swingin' Mr. Wilkins and The Big New Band of the '60s, are reissued in full on this single CD. Recording during 1959-1960, Wilkins used an overlapping personnel of Count Basie members (both past and of the time), some of the top jazz-oriented studio players, and various miscellaneous jazz musicians. There is no way that this could have been a full-time big band, not with such soloists as Duke Ellington's tenor saxophonist Paul Gonsalves, trumpeters Clark Terry and Thad Jones, and the Basie players, but Wilkins' swinging arrangements gave his short-lived orchestra its own sound. 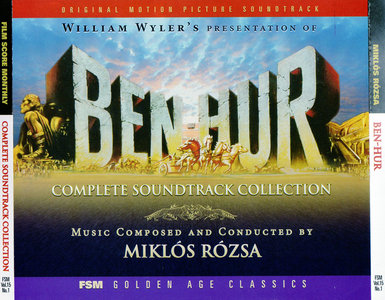 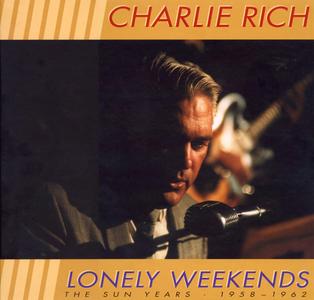 Of all the acts that came out of Sun Studios in the '50s and early '60s, from Howlin' Wolf to Elvis, from Johnny Cash and Jerry Lee Lewis to Carl Perkins and Bill Justis, none was more musically sophisticated and diverse in his writing, arranging, and performing than Charlie Rich. That's right, the same guy who had hits with "Behind Closed Doors," and "The Most Beautiful Girl in the World." Rich was equally adept at recording rockabilly, blues, R&B, jazz, country, gospel, and everything in between. This three-disc set of his years with Sun, from 1958-1962, point to that in a big way, that Rich was pretty much fully formed and wildly adventurous (often to the chagrin of Sam Phillips) when he began recording for the Memphis label. 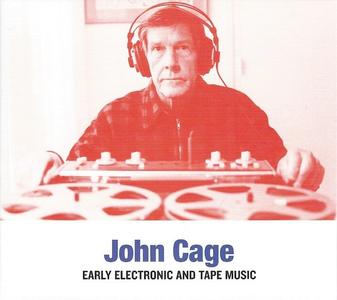 Although John Cage occasionally worked in large, sophisticated studios - for example, when he composed Fontana Mix in 1958 - his approach to electronic and tape music was often uncomplicated, makeshift, and pragmatic, employing simple tabletop devices: tape machines, phonograph cartridges, contact microphones, record players, portable radios, etc.
He developed a soundworld that was utterly new, radical and demanding. It heralded the age of the loudspeaker, mass communication and Marshall McLuhan's 'global village.' The hiss, crackle and hum of electronic circuits,
and the disembodied sounds, snatched by radio from the ether, spoke of the 20th century. 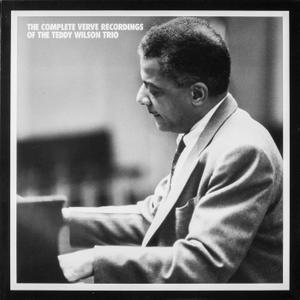 Limited Edition of 7500. Includes a 20-page booklet. By 1952, Teddy Wilson's flawless swing style had already been fully formed for at least 17 years, and it would not change at all during the remaining three decades of his life. Wilson's performances were predictably excellent, but predictable nonetheless. This limited-edition five-CD set has all of the pianist's Verve trio recordings, which includes six-and-a-half former LPs (the half was an appearance at the 1957 Newport Jazz Festival), a set only released previously in Japan, and a live date that had never come out before.