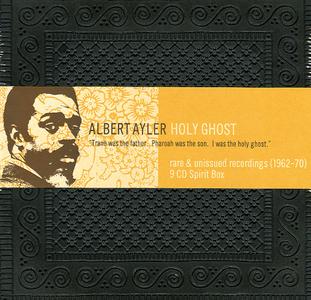 
An amazing package – one that's almost as essential to Albert Ayler's catalog as his classic albums on ESP from the 60s! The 9CD set is filled with rare material from Ayler – early recordings from Scandinavia, a smattering of American sides from the mid 60s, later work in France from the end of his life, and even a performance at John Coltrane's funeral! Other players include brother Don Ayler, trumpeter Don Cherry, pianist Cecil Tayler, and Burton Greene – and the package is filled with amazing sounds that really show Ayler's inventive approach to jazz. The box itself is beautiful – sculpted like some hand-carved treasure chest – and filled with 9CDS, plus a 208 page full-color hardcover book that features essays by Amiri Baraka and Val Wilmer, photos and memorabilia, and a chronology of Ayler's performances. Amazing stuff – and a true tribute to this legend! 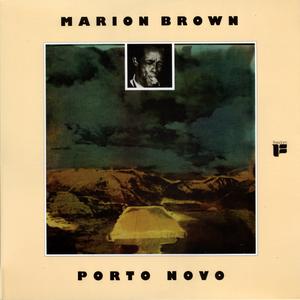 Altoist Marion Brown is perhaps best known for performances on albums by his contemporaries, such as Coltrane's Ascension, but Brown stands on his own as one of the most creative and important forces to come out of the 1960s avant-garde jazz movement. Porto Novo is widely regarded as one of Brown's best recordings, captured during a 1967 session in Holland at the peak of his creative powers, accompanied by bassist Maarten van Regteben Altena and drummer Han Bennink. Previously out of print for decades, the recording has now been remastered for a long-overdue reissue on audiophile-grade vinyl, exclusively for Record Store Day 2020. 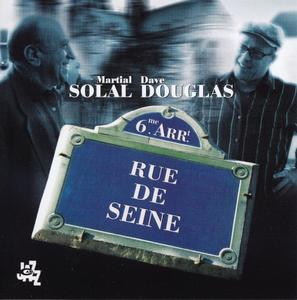 French pianist Martial Solal is joined by American trumpeter Dave Douglas for this inspired duo session. Solal has long been one of Europe's top pianists, while he has made occasional trips to the U.S. to perform, while Douglas has become a favorite of critics for his diverse recordings. The 35-year age difference between the musicians means nothing, as they react like old friends who have played together countless times. The session is staged in an unusual fashion, alternating between originals by each player over the first six tracks, followed by several timeless standards. Douglas begins on muted horn for Solal's quirky "July Shower," stimulated by the pianist's unpredictable accompaniment that focuses on the lower half of the keyboard. 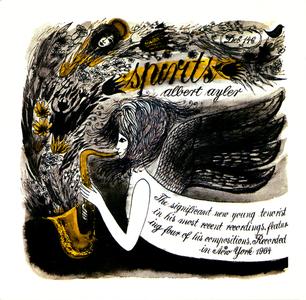 This is an underrated Ayler record, not on the same shelf as Spiritual Unity or Vibrations but a startling formative effort. It is considered to be the first time that Ayler recorded with appropriate musicians, not late blooming beboppers. The two long cuts are atmospheric (especially the one with two basses) and worth sticking with. Norman Howard is at least as good as Don Ayler and shines on one of the short tracks. Ayler himself is almost laid back (!) but still magisterial, and Murray, though underrecorded, already sounds like no other drummer ever. This date foreshadows the later, greater quartet with Cherry. 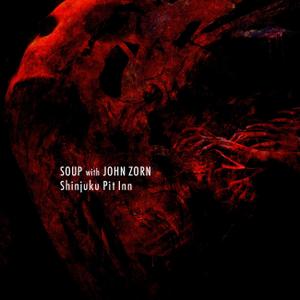 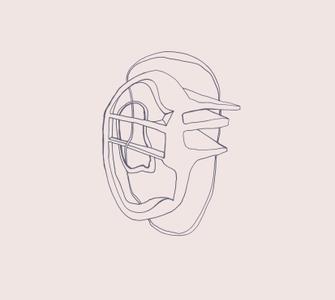 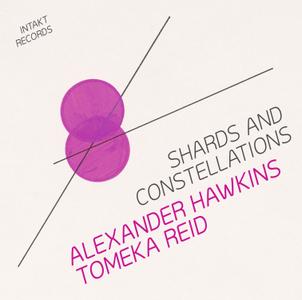 Alexander Hawkins & Tomeka Reid - Shards and Constellations (2020)
WEB FLAC (tracks) ~ 192.81 Mb | 51:00 | Cover
Avant-Garde Jazz, Free Improvisation | Label: Intakt CD 344
Shards and Constellations presents duets with two remarkable musicians Tomeka Reid and Alexander Hawkins. Both have become creative epicenters in the jazz and improvisation scene in recent years with their original, versatile and innovative art. Reid has recorded extensively with many legendary artists from the AACM such as Anthony Braxton and Roscoe Mitchell as well as the next generation of AACM artists including Nicole Mitchell, Dee Alexander and Mike Reed. Hawkins is a composer and pianist from the London jazz scene and is regarded in the UK as one of the most innovative musicians of the younger generation with a surprising radius of action. His work attempts to reconcile both his love of free improvisation and his infatuation with composition and structure.
2020 FLAC Free Improvisation Avant-Garde Jazz
Details 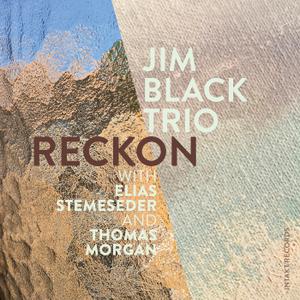 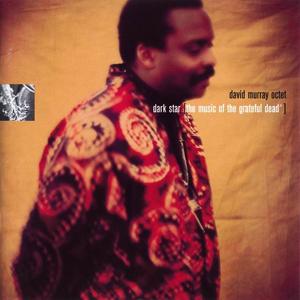 The avant-garde tenor and bass clarinetist David Murray had an opportunity to sit in with the Grateful Dead in 1993 and was quite impressed. With Jerry Garcia's death, Murray was inspired to put together this tribute album but often it sounds as if two bands were playing at once without closely listening to each other. Murray and the horns (which include veteran altoist James Spaulding, the very impressive high-note acrobatics of trumpeter Hugh Ragin, either James Zoller or Omar Kabir on second trumpet and the adventurous trombonist Craig Harris) romp through some rowdy and very emotional ensembles while organist Robert Irving III. (a Miles Davis alumnus) leads the rhythm section through groovin' R&B riffs that seem to ignore the lead voices… 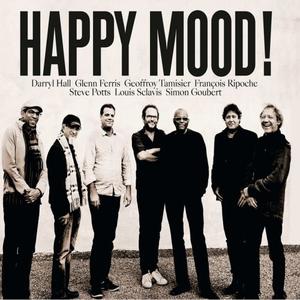 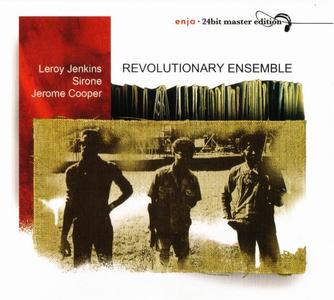 In retrospect, violinist Leroy Jenkins, bassist Sirone, and drummer Jerome Cooper's free-jazz trio, the Revolutionary Ensemble, stands as a gentler cousin to those original free-jazz collectives, Art Ensemble of Chicago and AACM, the latter of which introduced Jenkins's string playing to the scene. On this live 1977 date, each of the members doubles or triples up on other instruments so there is a variety of textures and timbres to be heard here, including kalimba, flute, and piano. Mostly it's Jenkin's fluent, fugal violin improvisations that predominate, however. At their most successful, these jams sound like a loosely strung Bach "Chaconne" accompanied by bass and drums. Originally an Inner City LP with limited distribution, Enja has reissued Revolutionary Ensemble in 2008 with 24-bit remastered sound. 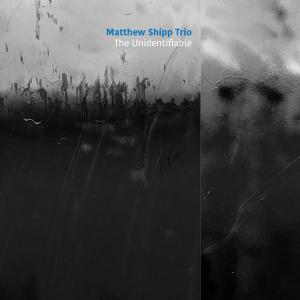 Starting in the bebop era, the piano-bass-drums lineup has been the most classic jazz format in which the piano is featured, accumulating the weight of history and critical expectations. In this setting, a non-mainstream player such as Shipp can infiltrate Newport Jazz Festival, Jazz at Lincoln Center, the Museum of Modern Art in New York City, and other Establishment bastions in a familiar format and then unleash his ideas on audiences that might not normally be exposed to his style. Thanks to hearing it in the communal language of the piano trio, they can better understand the message the Matthew Shipp Trio has to deliver - "Mr. Shipp’s predilection for finding fertile ground between accessibility and abstraction," as Larry Blumenfeld wrote in The Wall Street Journal… 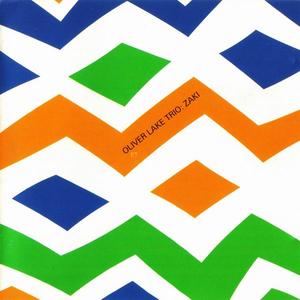 Zaki captures the Oliver Lake Trio live at the 1979 Willisau Jazz Festival. Lake was also performing at the festival as a member of the World Saxophone Quartet and was asked to have his trio, which had been performing together for about three years, participate as well. This trio, sans bass, features Michael Gregory Jackson on electric guitar and Pheeroan Aklaff on drums. Throughout the 78 minutes of spontaneous free jazz, many risks are taken, sometimes rewarding, occasionally repetitious. This is especially the case on the nearly 24-minute "Zaki," which loses the thread about halfway through. Lake triples between alto, tenor, and soprano saxophones. 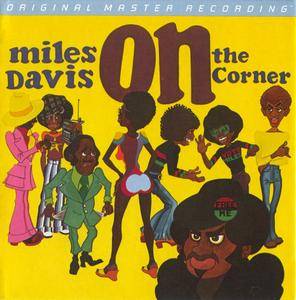 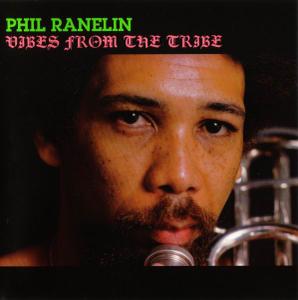 In Detroit, 1971, trombonist Phil Ranelin and saxophonist Wendell Harrison started a band, a recording company, and a magazine, and called them the Tribe. Though the three organizations lasted until 1978, Ranelin's Vibes From the Tribe, issued in 1976, was the last of eight records issued by Tribe/Time Is Now Productions. Musically, this is not only a solid portrait of Detroit's jazz scene in the mid-'70s, but is also a definitive portrait of its cultural mentality. While everyone in the nation had written off the city as a wasteland, a space devoid of anything worth celebrating, its residents were in the process of creating some of the most vital jazz, literature, and art in its history. Vibes From the Tribe is a wildly diverse collection of tunes to be on a single long-player…