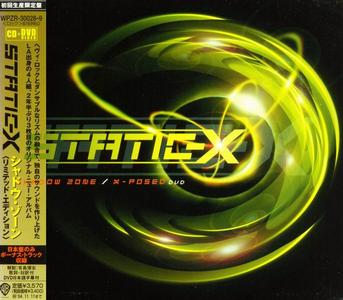 Shadow Zone is the third album by the band Static-X, released on October 7, 2003. Marked by many personnel and stylistic changes, the album sports a much more melodic sound than any other work in their catalog, while still staying in the confines of their industrial metal and nu metal sound. It was the only album to feature drummer Josh Freese and the first of two albums to feature guitarist Tripp Eisen.