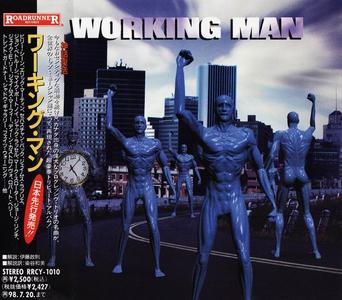 As far as tribute albums go, this homage to seminal Canadian rockers Rush is hard to beat. For one thing, Magna Carta has made an inspired decision to have each song recorded by an all-star lineup rather than letting one band handle all the chores (with one exception - Fates Warning get sole credit for "Closer to the Heart"). Often projects of this magnitude are doomed to failure from the start as a result of inadequate rehearsing, a shoestring budget, and sometimes a lack of talent capable of handling the songs with the respect they deserve. Working Man is a rare instance of everything going right. Terry Brown has done an incredible mixing job considering nearly all of the songs were recorded in different studios… 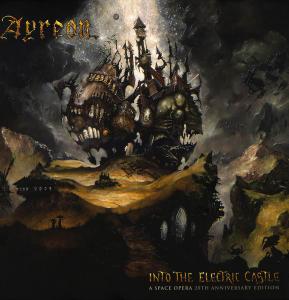 For the 20th anniversary, Arjen Lucassen remixed the audio to 21st century standards. He made it clear that it's a 'remix', not a 'remaster', saying "Remastering takes 2 hours, this remix took me 2 months!".
Into the Electric Castle is an epic prog rock opera from Dutch guitarist Arjen Lucassen. The sci-fi story centers around eight strangers brought together into a dimension of no space and no time. The characters in the story are played by varying lead singers, including former Marillion frontman Fish. The supporting cast is a who's who of proggers, which translates into superb musicianship. The story is standard sci-fi fare, but winds up being quite effective with the accompanying score. The massive coordination of such a large project is admirable, but to pull it off with such impressive results is stunning… 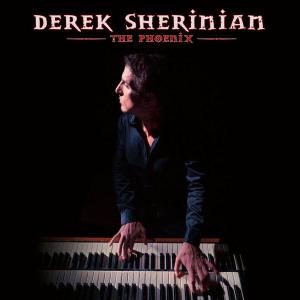 Derek Sherinian is unquestionably one of the most significant keyboard players of the modern era. His far ranging talents have been much in evidence through the music of Alice Cooper, Dream Theater, Black Country Communion and current band Sons Of Apollo. Sherinian has also released a series of acclaimed solo albums over the last two decades. The latest of these is 'The Phoenix', his first since 2011's 'Oceana'. For this album, he once again works alongside collaborator and mentor Simon Phillips, who is a crucial part of the process. Also appearing on the album are Joe Bonamassa, Steve Vai, Zakk Wylde, Kiko Loureiro, Ron ‘Bumblefoot’ Thal, Billy Sheehan, Tony Franklin, Jimmy Johnson… 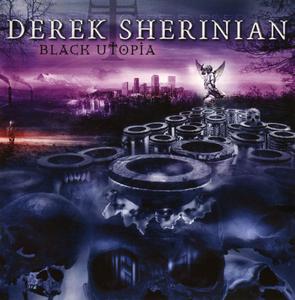 Back with his fourth solo album in as many years, erstwhile Dream Theater keyboard player Derek Sherinian is once again pushing the prog metal/hard rock agenda with his ever intense, always impressive chops… 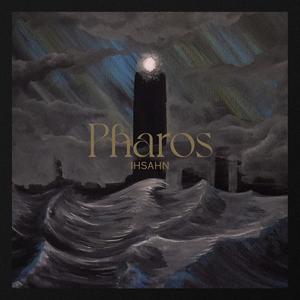 The second EP Pharos represents the lighter, Pop and melodic side of Ihsahn’s compositional identity. With three new original songs and two amazing cover versions, it represents a celebration of the defiant spirit that first inspired him to follow a creative path three decades ago. 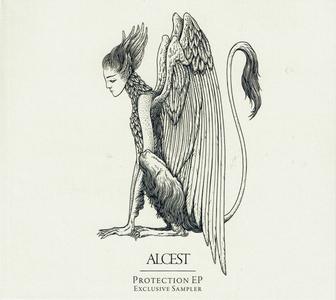 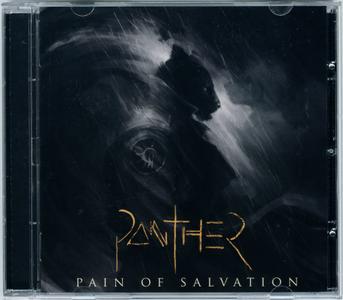 Pain of Salvation is one of the landmark progressive metal bands still in activity. Led by Daniel Gildenlöw, the band is known for their concept albums, experimental sounds and consistent quality over their catalogue. In 2017, they released ‘In the Passing Light of Day’ to critical acclaim, after a hiatus caused by health reasons that their leading man thankfully overcame. After a couple of lineup changes, the band is back with a new record titled ‘PANTHER’… 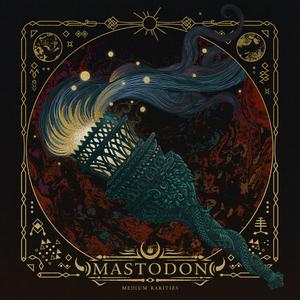 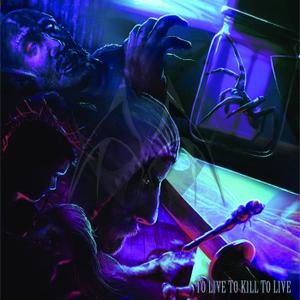 MANTICORA is back with the follow-up to the critically acclaimed “To Kill to Live to Kill”. This is the second part of the grandiose concept, this one entitled ”To Live to Kill to Live”. The album will be released on August 28th. The horror story is concluded and once again, Jacob Hansen worked wonders on the production, as well as David Troest, creating a stunning piece of artwork for the album and the whole booklet. Sit back and enjoy 63 minutes of metal perfection! 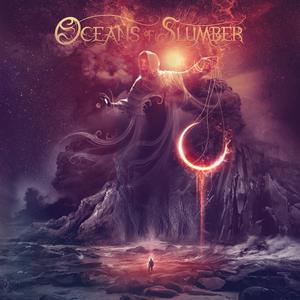 The new masterpiece of Houston, Texas based progressive metal sensation! Atmospheric melodies over darkened dynamics that range from the perversely sinister to the adventurously progressive, creating an undeniably epic wall of sound! Mixed and mastered by Dan Swanö (Opeth, Katatonia, Edge Of Sanity, Bloodbath) 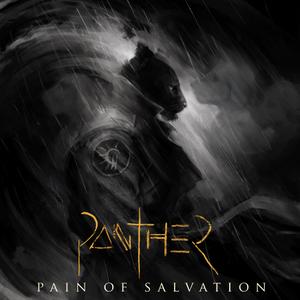 Firmly at the forefront of the progressive rock and metal scenes for nearly three decades now and one of modern rock’s acclaimed live acts, Sweden’s Pain of Salvation return with the follow-up studio album release to 2017’s acclaimed “In The Passing Light Of Day”. And PANTHER, which was mixed with Daniel Bergstrand (In Flames, Meshuggah, Devin Townsend) and comes with a comprehensive artwork-theme with illustrations made by André Meister, is once again a triumph for artistic imagination and an exhilarating new chapter in the life of Pain of Salvation: Intense, ever innovative and highly relevant. 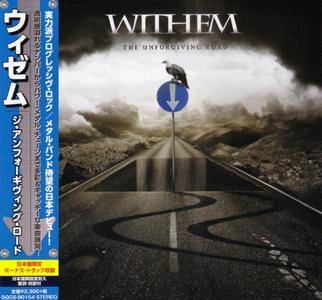 Withem is an upcoming Progressive Metal band hailing from Norway who are inspired by the likes of Symphony X, Pagan's Mind, Dream Theater and Circus Maximus, concentrating heavily on melodic, memorable hooks, but still with plenty of stunning and virtuoso instrumental sections. The band debuted with “The Point of You” in 2013, gathering excellent reviews from several music websites, blogs and magazines from all over the world. The release was followed by European touring with Pagan’s Mind, Circus Maximus and Seventh Wonder, and performances at both ProgPower USA and ProgPower Oslo, always with an extremely positive reception. The new album, “The Unforgiving Road” sees the band perfecting their style. 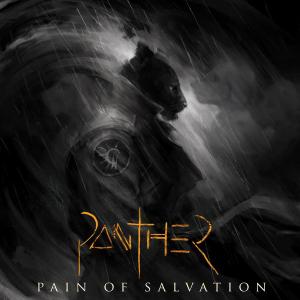 At the forefront of the Progressive Rock and Metal scenes for nearly three decades, Pain Of Salvation return with 2020's Panther. Mixed with Daniel Bergstrand (In Flames, Meshuggah, Devin Townsend) and with artwork by André Meister, Panther is a triumph of artistic imagination and an exhilarating new chapter in the life of Pain Of Salvation: intense, ever innovative and highly relevant. 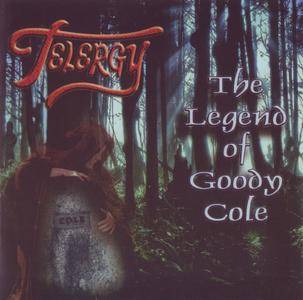 US project TELERGY is the creative vehicle for composer and musician Robert McClung. His aim is to create and release conceptual productions under this name, utilizing guest performers for various instrument and vocal roles, in some ways comparable to the Dutch project Ayreon… 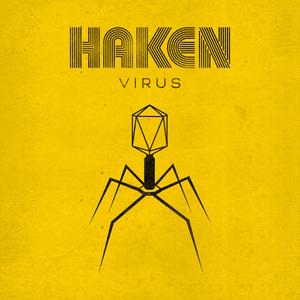 ‘Virus’ is the culmination of a musical thought experiment which started with the ‘Vector’ writing sessions in 2017 and holds intriguing potential for the band’s future, as vocalist Ross Jennings explains, “whilst ‘Virus’ can absolutely be enjoyed as a stand-alone work, it is thematically and conceptually linked with ‘Vector’, so our intention is to perform both albums back to back for a special performance someday”.