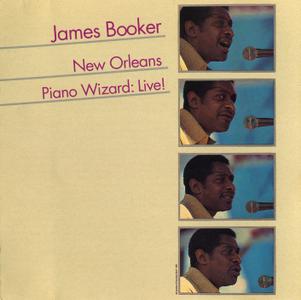 Why so much of what pianist/vocalist James Booker recorded in the 1970s didn't surface until the '90s is a mystery, but that's secondary compared to the greatness routinely presented on this CD. It contains nine Booker selections that he performed at the 1977 Boogie Woogie & Ragtime Piano Contest held in Zurich. His relentless, driving style, ability to switch from a hard-hitting tune to a light, soft one without skipping a beat, and his wild mix of sizzling keyboard licks and bemused, manic vocals are uniformly impressive. Piano Wizard a bit short for a CD at 37 minutes, but it has so much flamboyant music and singing that it shouldn't be missed. 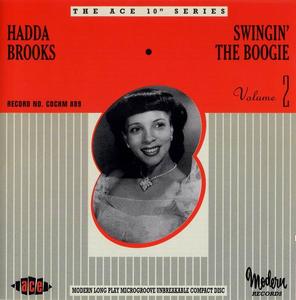 While Ace's previous Hadda Brooks disc, Romance in the Dark, concentrated on her excellent mellow vocal sides, it left the instrumental boogie-woogie aspect of her musical talents unexplored. Swingin' the Boogie corrects that with this amazing release. Brooks recorded many of these tunes for the Modern label, initially released on 78s. Often after the "official session" concluded, there was still studio time available. In these instances, Brooks would pound out amazing boogie-woogie tracks for kicks. Swingin' the Boogie is the first disc to focus entirely on that output. Among the 18 tracks, six were previously unissued, and it includes the rare original flip side of "Swingin' the Boogie," "Just a Little Blusie." 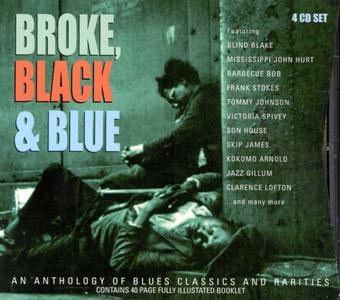 Broke, Black & Blue delivers multiple surprises within its 100 songs of prewar blues. Arranged chronologically by Joop Visser, the set admirably covers the first 22 years of recorded blues, 1924 to 1946, from vaudeville and Delta to boogie-woogie and jump blues. It's a swell gift for anyone wanting to learn more about the history of blues. But old-timers will be pleased, too, as special attention has been paid to culling rare and idiosyncratic tracks by the well-known and the obscure. The first three discs present single tracks by artists as diverse as the Memphis Jug Band, De Ford Bailey, Tommy Johnson, Son House, Skip James, Peetie Wheatstraw, Lonnie Johnson, and Bukka White, alongside unknowns such as Isaiah "The Mississippi Moaner" Nelson, Barbecue Bob and Laughing Charley, Ed Andrews, Chicken Wilson, and Bumble Bee Slim. On the fourth disc, this convention is jettisoned to luxuriate in a series of very rare sides of lovely, oddly subdued boogie-woogie and jump blues by Jimmie Gordon, Johnny Temple, and Lee Brown.