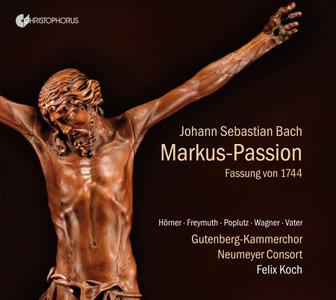 Bach’s lost St Mark Passion was first performed in Leipzig on Good Friday 1731 and a second time in 1744 in a revised version. Though Bach's music is lost, the libretto by Picander is still extant, and from this, the work can to some degree be reconstructed. Unlike Bach's earlier existing passions (St John Passion and St Matthew Passion), the Markus-Passion is probably a parody – it recycles previous works. Which of his own works Bach may have taken for his St Mark Passion led to numerous speculations. Differently from further reconstructions the Frankfurt musicologist Prof. Karl Böhmer used the revised Picander text from 1744 which schedules one Aria and a chorale more than the 1731 version. Other parts have been revised and complemented. 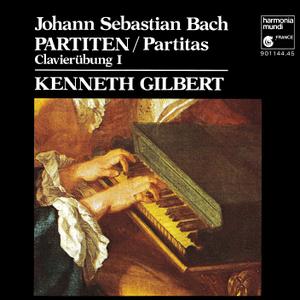 The publication of the Partitas led to some ferment among music lovers in Germany. Some praised the works, others criticised them, but always in terms which suggest that they represented a turning point in harpsichord composition. Following the lead of the theoretician Johann Mattheson, the critics' principal complaint was the extreme technical demands, and the complexity of writing. In his biography of Bach, Johann Nikolaus Forkel writes of the Partitas: »One has hitherto seldom seen or heard harpsichord compositions of such excellence. He who learned to play some of these pieces well, was able to do well with them in the world; and even in our time a young artist can gain honour with them - brilliant, pleasing, expressive, and constantly fresh as they are.« 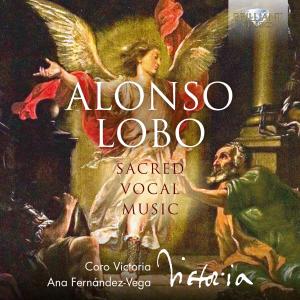 On this new recording, Coro Victoria offers a portrait of Alonso Lobo (1555-1617) through a cross-section of his sacred output (his works in Spanish are all lost). The group also illustrates the variety of interpretative practices of the period. The concluding O quam suavis est Domine is sung by a single soprano while the vihuela accompaniment supplies the remaining five parts. Church choirs sang this music in the liturgy, but minstrels also played it during processions, and there was free traffic between sacred and secular contexts. 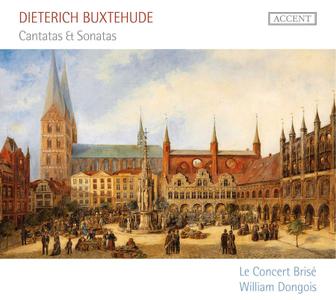 This is a selection of outstanding examples of Buxtehude’s vocal and instrumental music. Settings of Latin biblical texts and ariosa-style works based on German hymns, alternate with instrumental sonatas. The recording has been given a special “North German” colouring through the use of a wide range of historical wind instruments such as the Baroque trombone and dulcian. 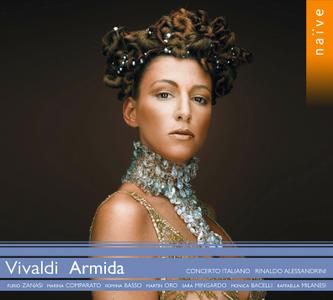 Armida is the tenth opera in the Vivaldi Edition; it's the second one to be recorded by Rinaldo Alessandrini (their first was L’Olimpiade). It's a great success. Marking the end of Vivaldi's first period in Venice, it lacks music for Act II. Alessandrini has reconstructed it here using carefully chosen existing music of the composer with the assistance of the musicologist Frédéric Delaméa. 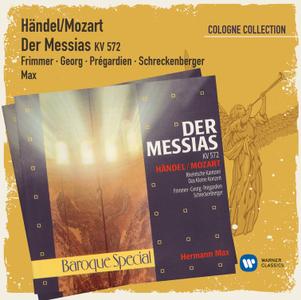 In 1789 Mozart arranged George Frideric Handel's Messiah on behalf of a group of Viennese noblemen.He abridged the work in an effort to tauten the drama, transposed arias to suit his singers' abilities and he subjected it to a fundamental re-orchestration to adapt the sound of the work to the musical taste of his time. lt was not until the 20th century that the historical and musical value of Mozart's Messiah arrangement was reappraised. Mozart's interpretation of Handel's Counterpoint and his synthesis of Baroque and Classical stylistic elements give the work a compelling new sound. 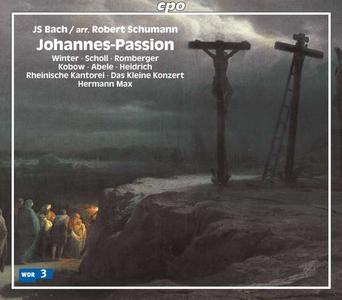 When Schumann was offered the post of music director in Düsseldorf in 1850, his first main project was to perform the St. John Passion, which had never been presented there, in April 1851: “It is much bolder, more powerful, and more poetic than the St. Matthew. This one seems to me not to be free of diffuseness and to be exceedingly long, but the other – how compact, how thoroughly genial, and of what art!” Robert Schumann 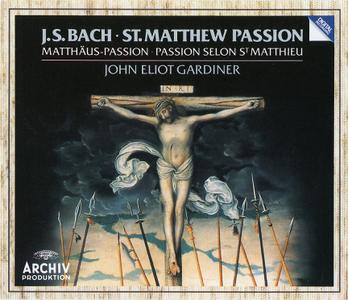 Gardiner’s reading of the St. Matthew Passion is conceived and executed on the highest level, an example of period practice that is unlikely to be bettered any time soon. The performance as a whole vibrates with life: soloists are first-rate, and wonderfully well chosen for their respective parts, and the work of chorus and orchestra is exemplary. The recording, made in 1988 in the spacious ambience of The Maltings, Snape, near Aldeburgh, is well balanced and exceptionally vivid. 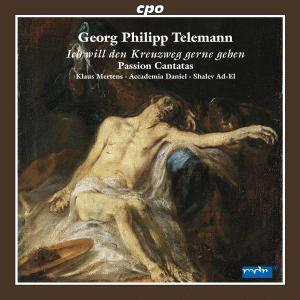 The five cantatas presented on this disc share several elements. They are all for solo bass and orchestra, and Der am Ölberg zagende Jesus deals with Christ’s agonies in the garden of Gethsemane, with three recitatives setting the scene surrounding two arias for Jesus, ending with an aria by the narrator inviting all to contemplate Christ’s sacrifice. Jesus liegt in letzten Zügen is a meditation on the moment of Christ’s death. Ich will den Kreuzweg gerne gehen expresses the narrator’s desire to follow the way of the cross in Christ’s footsteps. The other two cantatas are more tangentially connected to the events of the passion, although they mention the passion as motivation for the sinner to prepare for eventual union with his Savior. 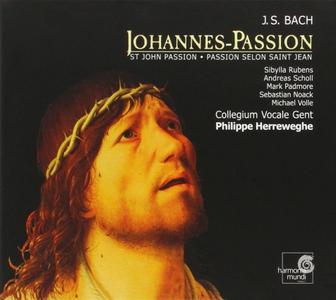 Philippe Herreweghe uses the second of Bach's four versions of the St. John Passion, the one from 1725, which substitutes some of the arias and the opening chorus, along with lesser changes. The result is somewhat more dramatic than the standard version, which Herreweghe recorded previously. Those familiar with the conductor's work will find his usual warmth, making the most of the lyric moments, but they'll also find greater sensitivity to rhythmic and dramatic thrust and a generally livelier approach. The singers are uniformly fine. Padmore is an unusually effective Evangelist, projecting the drama without undue overacting. 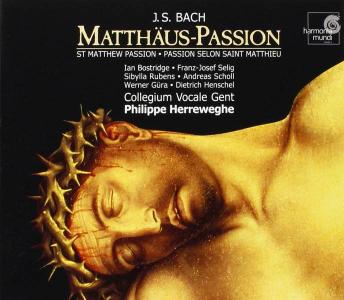 Johann Sebastian Bach's monumental St. Matthew Passion was first performed on Good Friday in 1727 at the St. Thomas Church in Leipzig. It is the largest single composition Bach ever wrote, both in terms of length and in terms of instrumental and vocal forces. It requires two choruses, two orchestras, four vocal soloists for the arias and vocal soloists for each of the various character parts. Philippe Herreweghe's 1999 recording of Bach's masterpiece features a stellar cast and was a perennial catalog bestseller. 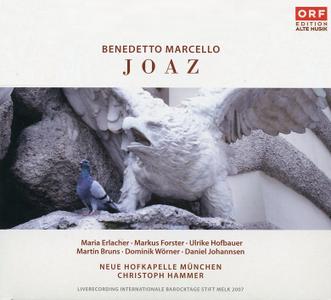 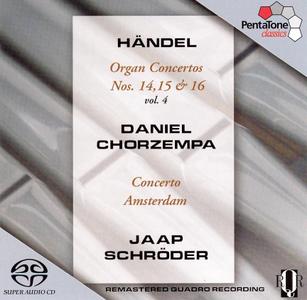 The performances of these concertos share the same characteristics of Volumes 1-3: bravura playing, clean melodic lines, especially in the solo parts, and discrete, elegant phrasing. In keeping the textures light, Handel created works of great charm and instant appeal. These recordings capture their best qualities. 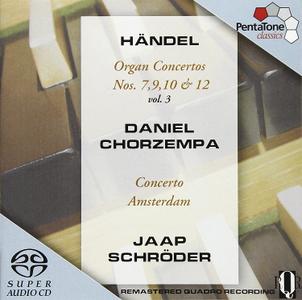 This CD is a continuation of the set of Handel organ concertos recorded in the Oud-Katholieke Kerk of The Hague in September 1975. These were originally recorded in quadraphonic sound with the engineers achieving a splendid natural sound with plenty of presence. The masterful performances sound authentic indeed. These are the only multi-channel recordings of this music and highly recommended. 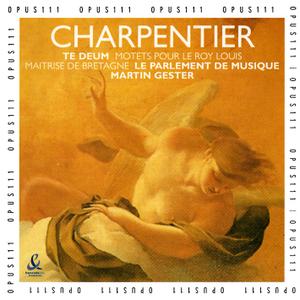 Charpentier's Te Deum written in the bright key of D major features a four-part choir and eight soloists. It displays the composer's total command of religious music combined with a gift for melodic writing. Brilliant and majestic, yet profound, this Te Deum (Charpentier wrote four Te deums) was probably composed to celebrate the victory at Steinkerque in August 1692 during the wars against the countries of the League of Augsburg. [The struggle would eventually be in vain; and Strasburg, and the Palatine succession lost to France].