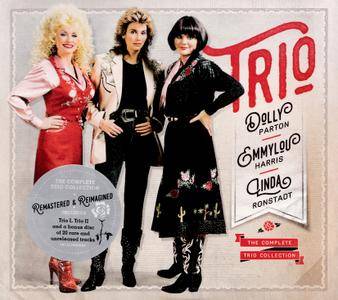 Dolly Parton, Linda Ronstadt, and Emmylou Harris have three careers unparalleled in music history. Together they have sold over 200 million albums worldwide and performed for decades in front of countless fans around the globe. It s no surprise that when their three voices united to release their debut collaboration, the results were remarkable. The threesome released two albums together, Trio (1987) and Trio II (1999), which have combined to sell more than five million copies worldwide and win three Grammy® Awards. Both of these classic albums have been newly remastered for a three-CD collection packed with rare and unreleased music produced by Harris. The bonus disc is loaded with 20 songs, including alternate takes and completely unreleased recordings from the trio spanning both album sessions.

VA - Man Of Constant Sorrow And Other Timeless Mountain Ballads (2002) 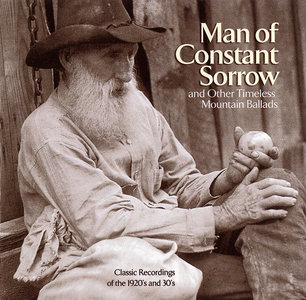 A collection of classic mountain ballads recorded in the 1920's and 30's by come of the all-time great traditional American performers. Features the earliest recording (1929) of haunting ballad, Man of Constant Sorrow. 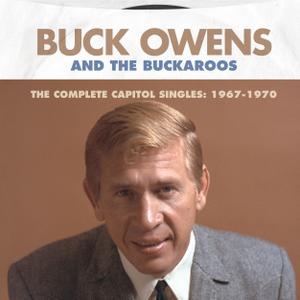 Omnivore Recordings, in conjunction with the Buck Owens Estate, is proud to present Buck Owens and The Buckaroos’ The Complete Capitol Singles: 1967–1970. This is the second in a series chronicling every one of Buck’s historic Capitol singles from the ’50s, ’60, and ’70s. Taken from the original mono and stereo masters, The Complete Capitol Singles: 1967–1970 collects the A- and B-side to all 18 singles from that period, including 14 Top Ten hits, in their original, chronological form. 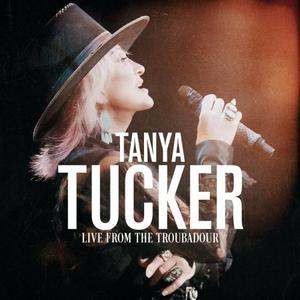 Tanya Tucker - Live From The Troubadour (2020)
FLAC tracks | 61:25 | 389 Mb
Genre: Country / Label: Fantasy
Recorded October 16, 2019, Tanya Tucker Live From The Troubadour features a cache of her #1 hits, like Tucker's smash first single "Delta Dawn" plus "Strong Enough To Bend," "What's Your Mama's Name," and "Would You Lay with Me (In a Field of Stone)". With sublime medley of Springsteen's "I'm on Fire" & Cash's "Ring of Fire" and tracks from GRAMMY-winning Country Album Of The Year, While I'm Livin', like "Mustang Ridge," "The Wheels of Laredo," "Hard Luck," and the poignant title track
Tanya Tucker
Details 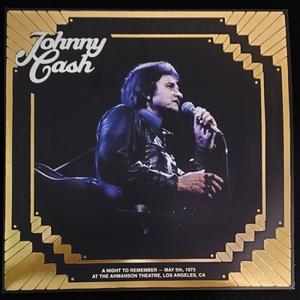 Johnny Cash - A Night To Remember (2020)
FLAC tracks | 62:28 | 360 Mb
Genre: Country / Label: Third Man Records
Beginning on April 29th 1973 and lasting for another six evenings, the "A Week To Remember" concerts dreamt up by music industry icon Clive Davis were a stunning way to highlight the Murderers Row line-up of artists that were then signed to Columbia Records. With highlights like Miles Davis, the Staples Singers, Bruce Springsteen, Earth, Wind and Fire along with many others, the seven nights of shows at the Ahmanson Theater in Los Angeles was, by all accounts, a remarkable showcase of the clout the legendary label wielded.
Johnny Cash
Details

Hot Club of Cowtown - The Finest Hour (2020)
FLAC tracks | 43:31 | 235 Mb
Genre: Country, Swing / Label: Gold Strike
“The Finest Hour” was recorded October 19 & 20, 2019 at the Dakota Jazz Club in Minneapolis, Minnesota. Live and unretouched, this collection of songs is a tribute to the glorious array of music on the radio across the United States in 1945 at the end of WWII and celebrates artists from Bing Crosby to Billie Holiday, Bob Wills to Doris Day.
Hot Club of Cowtown
Details 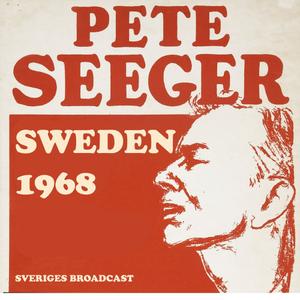 Pete Seeger - Sweden 1968 (2020)
FLAC tracks | 47:36 | 154 Mb
Genre: Country, Rock / Label: Happenstance
At the forefront of folk music as egalitarian fights in the United States, the songwriter was undeniably ahead. Claimed Influence of Dylan, Springsteen, Joan Baez and many others, Pete Seeger is somehow the mentor of the Masters of protest folk and rock music.A man of conviction born on May 3, 1919, Pete Seeger had been using his banjo since the early 40s to play songs that went beyond entertainment. A proponent of useful music, he made his own the mouthpiece of his ideas. Like the famous We Shall Overcome which he popularized in the 50s and will become a real anthem of civil rights in the United States.An Acolyte of Woody Guthrie, he was a singer close to the concerns of the people, placing himself systematically in favor of the collective good. Solo or with his band, The Weavers, Pete Seeger was constantly taking sides, whether for Ecology, racial equality or against the Vietnam War.
Pete Seeger
Details 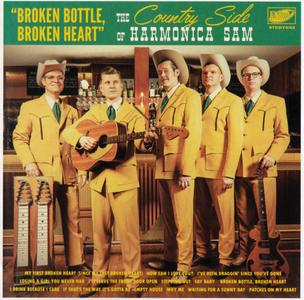 This album, the latest collection of Honky-Tonk masterpieces by this generation's finest practitioners of the genre, is appropriately titled Broken Bottle, Broken Heart. Indeed, it was with both a bottle and a broken heart that I first sat down in my favorite chair to listen to these 14 songs of love and loss. Now, I'll be the first to tell you that it isn't always the best idea to mix heartache with alcohol while listening to real country music like this - the kind that once drifted out of car radios on back roads, blared out of jukeboxes, and echoed through dancehalls and Honky-Tonks across the U.S.A. Hell, that combination can be downright dangerous to the brokenhearted. 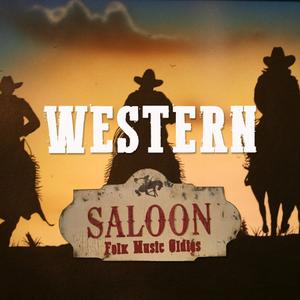 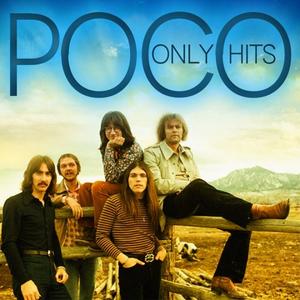 Poco feat. Rusty Young - Only Hits (Live) (2020)
FLAC tracks | 01:12:16 | 537 Mb
Genre: Rock, Country, Folk / Label: SC Entertainment
Poco loco is an American country rock band originally formed by Richie Furay, Jim Messina and Rusty Young. They were formed following the demise of Buffalo Springfield in 1968, Poco was part of the first wave of the West Coast country rock genre. The title of their first album, Pickin' Up the Pieces, is a reference to the break-up of Buffalo Springfield. Throughout the years Poco has performed in various groupings, and is still active.
Poco
Details 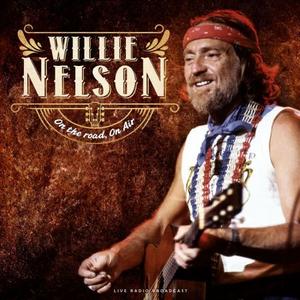 Willie Nelson - On the road, On Air (2020)
FLAC tracks | 46:08 | 274 Mb
Genre: Rock, Country / Label: Cult Legends
A national monument. Myth. On his American land, Willie Nelson is considered so. An icon beyond the strict framework of country music which he changed the face during the 60s and 70s. When a certain Miles Davis composes a song he calls your name, we can talk about consecration, right ?
Willie Nelson
Details 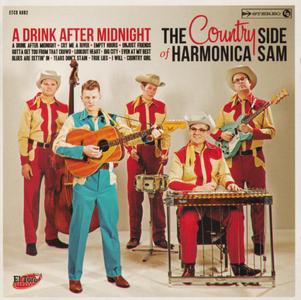 Friends, and that’s what we are in this musical family in search of honest songs sung by honest singers backed by honest musicians. The Country Side of Harmonica Sam are honestly that REAL HONEST MUSIC. I first became aware of them through the nominations for Honky Tonk Band for The Ameripolitan Awards. I loved their music from the get go, but the awards are only for Ameripolitan fans to decide. Well, they agreed with me and now the band is certainly a major part of the Ameripolitan Family, Original Music with Prominent Roots Influence. Harmonica Sams vocals on True Lies are reminiscent of Webb Pierce crossed with Wynn Stewart. 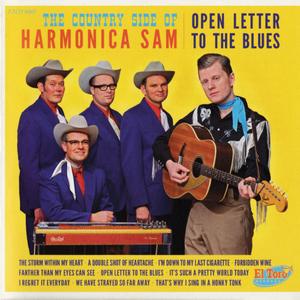 It’s rather ironic that a lot of the current European artists are outdoing their American counterparts when it comes to reproducing a sincere country sound. A fine example of this transition is The Country Side of Harmonica Sam and their current album ‘Open Letter To The Blues’, because it doesn’t come much more authentic than this when replicating country music from the late 50s and early 60s. With the countries of origin for this new long player stemming from Sweden, this latest guise for Harmonica Sam (real name Samuel Andersson) is one that fits splendidly as the honky tonk sound of the aforementioned periods in history is resuscitated and delivered inch perfectly as if it never went away! 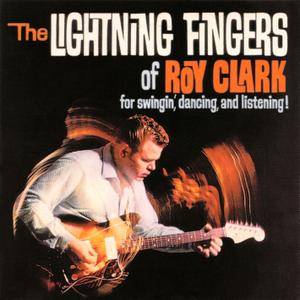 Originally recorded for Capitol Records in his pre-Hee-Haw days (1963), this is Roy Clark's instrumental album, an all-guitar fest that showcases the country artist's amazing chops. Kicking off with a warp-speed version of "Twelfth Street Rag" that actually gets doubles in tempo by the final chorus, this album features a brace of generic "twistin''' instrumentals (read: public domain tunes given a twist beat) like "Texas Twist," "Weeping Willow Twist," "Wildwood Twist" ("Wildwood Flower"), "Golden Slippers," and "Over the Waves," rocked up cha-cha's like "Pink Velvet Swing" and Bob Wills' "A Maiden's Prayer," and boogies like the closing "Chicken Wire." Produced by Ken Nelson and sounding for all the world like it was cut in a single afternoon session, this should open up anyone's eyes and ears who thinks of Roy Clark only as a belly scratchin' fool, telling corny jokes and singing sappy love ballads.