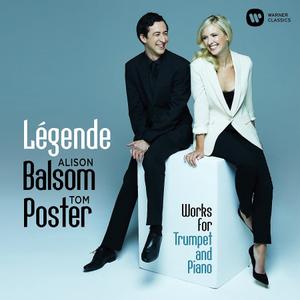 This is Alison Balsom's first CD recital with piano – here played by her long-standing recital partner, Tom Poster. Balsom describes the programme as embracing “the most important repertoire for trumpet and piano” – taking a fascinating journey through 20th century works by such composers as Enescu, Hindemith, Martinů, Françaix, Bernstein and Maxwell Davies. That being said, the final piece on the official programme – preceding ‘American Songbook’ encores by George Gershwin and Jerome Kern – dates from the 21st century and was composed by the team of Balsom and Poster themselves. Called The Thoughts of Dr. May, it is inspired by another British musician: Brian May, lead guitarist of the rock band Queen – and also, as it happens, an astrophysicist. 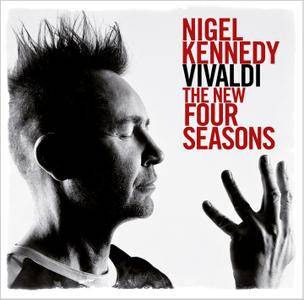 If anyone has earned the right to mess around with Vivaldi’s Four Seasons it is Nigel Kennedy, the violin world’s Marmite violinist. Remember how fresh he made this music sound on his recording of a quarter-century ago? This latest version offers a ferment of all he’s played since – concertos, jazz, Jimi Hendrix. It’s affectionate and irreverent in equal measure, and Kennedy and his Orchestra of Life never sound less than riveting. Pretty much all Vivaldi’s notes are there; around, above and in between them come interjections, overlays and linking passages involving guest musicians from jazz and rock: Orphy Robinson, Damon Reece, Z-Star and others. Spring is welcomed in by a distant-sounding intro on an electric-guitar. Summer’s storms bring forth bursts of crazily sampled static. Autumn tears off at a cracking pace, but with a jazz trumpet sauntering lazily over the top. It all sounds like a colossal jam session from the inside of a Botticelli painting. 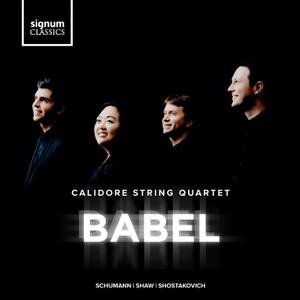 A compilation of quartets by Schumann, Shostakovich and Caroline Shaw from the acclaimed American string quartet, Calidore String Quartet, exploring the visceral forms of expression that exist at the intersection of music and language. For this recording the Calidore String Quartet gathered music which transmits ideas by imitating language; its rhythms, cadences and intentions. But it also explores what happens when music substitutes for language. When it fills the void of forbidden speech or even how it carries on when language has been exhausted. 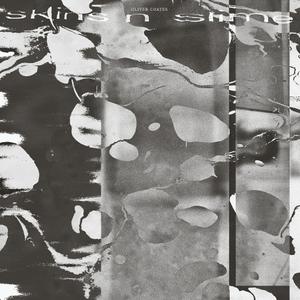 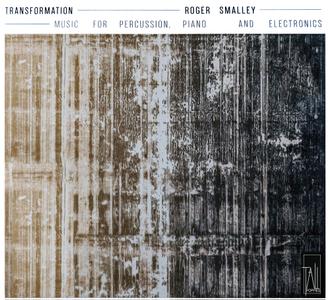 Transformation: Music by Roger Smalley is a full-length album, released on CD, by Tall Poppies Records in late 2017, of previously unrecorded works for percussion, piano and electronics by composer and senior honorary research fellow at the UWA Conservatorium of Music, Roger Smalley (1943-2015). 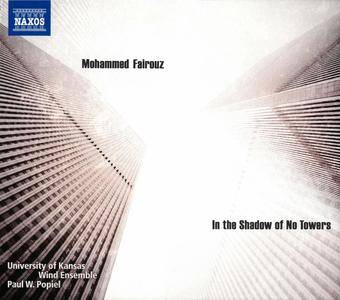 Philip Glass: Concerto Fantasy for 2 Timpanists and Orchestra
Mohammed Fairouz: Symphony No.4 'In the Shadow of No Towers'
Ji Hye Jung & Gwendolyn Burgett (timpani), Jānis Porietis (trumpet)
University of Kansas Wind Ensemble; Paul W. Popiel, conductor
EAC | FLAC | Image (Cue&Log) ~ 299 Mb | Mp3 (CBR320) ~ 152 Mb | Scans included
Genre: Classical, Contemporary | Label: Naxos | # 8.573205 | Time: 00:57:45
Philip Glass’ Concerto Fantasy for Two Timpanists and Orchestra, composed in 2000 and transcribed for wind ensemble by Mark Lortz in 2004, is a significant addition to the repertoire of large-scale works for timpani. The work is rhythmically galvanizing, sonically alluring, and features virtuoso cadenzas for both soloists. Symphony No 4 ‘In the Shadow of No Towers’ is Mohammed Fairouz’s first major work for wind ensemble, and its inspiration is the provocative comic book by Art Spiegelman, written shortly after the terrorist attacks on September 11, 2001. Spiegelman himself has commented: “I’m moved by [this] scary, somber, and seriously silly symphony…I’m honored that the composer found an echo in my work that allowed him to strike a responsive chord and express his own complex responses to post 9/11 America. He emerges from the rubble with a very tony piece of high-brow cartoon music.”
Philip Glass Mohammed Fairouz Classical Contemporary
Details 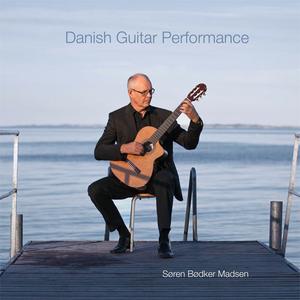 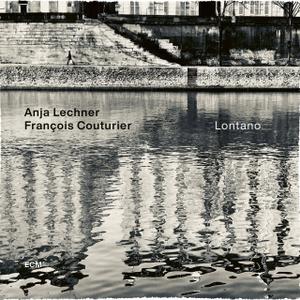 After their highly acclaimed 2014 debut album as a duo, Moderato cantabile, Anja Lechner and François Couturier widen the scope of music even further. The duo sings in a voice of its own, be it with original compositions, free improvisations, drawing upon a Bach cantata or an Argentine folk lament or subtle inclusion of works by Henri Dutilleux, Giya Kancheli or Anouar Brahem. Having internalized influences and repertoire the German cellist and the French pianist not only locate atmospheric and expressive connections among far-flung sources, but also create new music that reflects and refracts its inspirations. 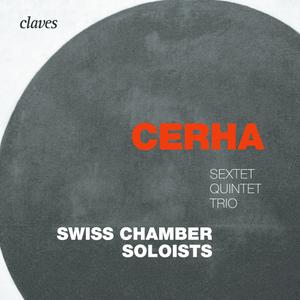 Despite my old age, I am constantly in search of something new. The path I take invariably leads to my own self. I must therefore constantly reveal new facets of my personality. Intensive musical practice allows the musician to find himself - it is the same for the listener. - Friedrich Cerha 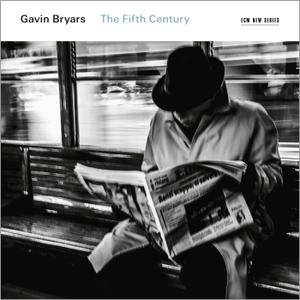 Gavin Bryars: The Fifth Century (2016)
The Crossing, conducted by Donald Nally; Prism Quartet
EAC | FLAC | Image (Cue&Log) ~ 172 Mb | Artwork included | Time: 00:50:12
Classical, Contemporary | Label: ECM | # ECM New Series 2405, 481 4495
A deep yet unsentimental emotional resonance and a patient, contemplative view of time whether relating to harmonic rhythm or human experience are complementary characteristics that run through his instrumental, vocal and theatrical catalog like a red thread, the composer inspired by disparate spirits from Wagner and Satie to Cage and Silvestrov. The ECM New Series released multiple recordings of Bryars music in the 1980s and early 90s, including the classic albums After the Requiem and Vita Nova. The first full ECM album from Bryars in decades is The Fifth Century, which includes the seven-part title work: a slowly evolving yet immediately involving setting of words by 17th-century English mystic Thomas Traherne, performed by the mixed choir of The Crossing with saxophone quartet PRISM. The album also features Two Love Songs, luminous a cappella settings of Petrarch for the women of The Crossing. The music within words, the humanity in breath, the sense of eternity within a moment or of a moment in eternity all are at play in Bryars latest music on ECM.
Gavin Bryars Classical Contemporary ECM
Details 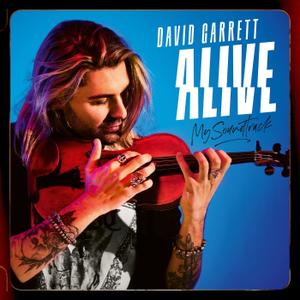 Internationally acclaimed violinist David Garrett has announced his new album, Alive – My Soundtrack , will be released on 9 October 2020. The new recording is a personal selection of his favourite soundtrack music. Alive – My Soundtrack features David Garrett’s interpretations of great movie, TV and game music. He takes us on a journey through the exciting world of Hollywood without forgetting his classical roots. 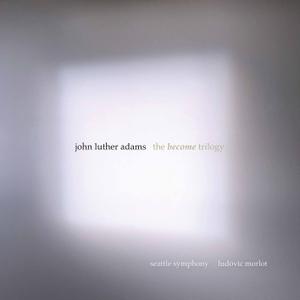 "When asked about three of his signature orchestral works — the Grammy-winning Become Ocean, its sequel Become Desert, and the original source Become River (previously unreleased as an official recording until now) — composer John Luther Adams refers to them collectively as “a trilogy that I never set out to write.” Collected here for the first time, with newly remastered versions of Become Ocean and Become Desert by acclaimed engineer Nathaniel Reichman, The Become Trilogy pays tribute to a magical partnership between Adams, conductor Ludovic Morlot and the renowned Seattle Symphony. As a whole, the music speaks both to the meditative solace of solitude, and the universally shared experience of living, giving and interacting as a citizen of the world." 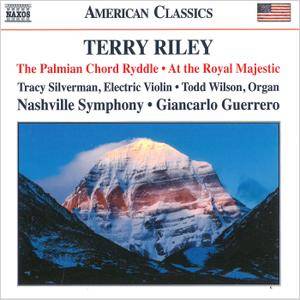 Terry Riley: The Palmian Chord Ryddle; At the Royal Majestic (2017)
Nashville Symphony Orchestra; Giancarlo Guerrero, conductor
Tracy Silverman, electric violin; Todd Wilson, organ
EAC | FLAC | Image (Cue&Log) ~ 324 Mb | Mp3 (CBR320) ~ 174 Mb | Scans included
Classical, Modern Creative | Label: Naxos | # 8.559739 | 01:09:19
Terry Riley’s name will always be associated with his breakthrough work In C, but his influence on modern music has stretched far beyond minimalism. Both of the works on this recording reveal Riley’s spirit of exploration and his close collaboration with remarkable musicians. Commissioned by the Nashville Symphony, The Palmian Chord Ryddle is a kind of musical autobiography in which electric violin pioneer Tracy Silverman’s “one-man string quartet” sets the pace for the sparse, translucent orchestration. At the Royal Majestic is another recent example of Riley’s work with a symphony orchestra and a virtuosic soloist, in this case organist Todd Wilson. Its title refers to “the mighty Wurlitzer housed in grand movie palaces,” and the music draws on a wide variety of genres including gospel, ragtime, Baroque chorales, and boogie.
Terry Riley Nashville Symphony Orchestra Giancarlo Guerrero Classical Modern Creative
Details 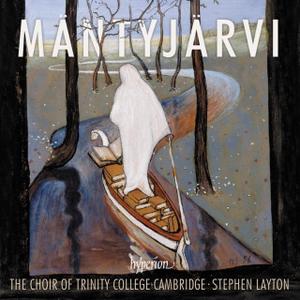 The stylistic pluralism which informs so much contemporary choral writing pays rich dividends in the work of Jaakko Mäntyjärvi—a thrilling programme of some exciting, accessible, contemporary music. 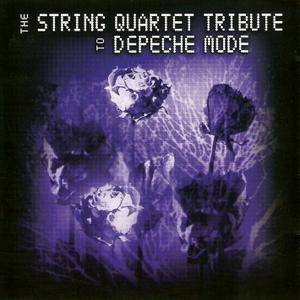 Vitamin takes on the brood and sway of Depeche Mode with this string quartet tribute, running through nine of the band's songs with the aid of violin, cello, acoustic bass, viola, and a bit of percussion. Like most string interpretations of pop music, the album can grow tedious over the long haul. However, there's plenty to like incrementally, especially for fans. Highlights include "Personal Jesus," with its hint of mouth percussion during the breakdown, and the violins aping the tradeoff vocals of "Master and Servant." There are a few glaring omissions – "Everything Counts" and "Policy of Truth" among them. Even still, Depeche Mode completists should get a kick out of the novelty and slight decadence of this collection.