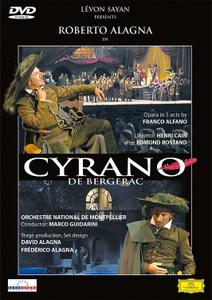 This is, by operatic standards of fidelity, a very faithful musical treatment of Edmond Rostand's classic drama about the swashbuckling poet and swordsman with the big nose. The music is competent but not spectacular; that quality is found in the libretto. The title role is expertly filled by Roberto Alagna, who not only has the best tenor voice in France but also turns out to be an accomplished actor in a demanding role. He is well-supported by a cast that clearly loves the story, its various characters and its often brilliant dialogue. 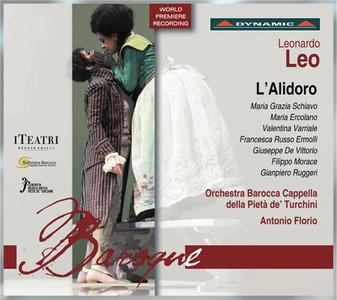 The Montecassino Monastery recently hosted the score of this comic opera by Leonardo Leo, one of the leading Neapolitan composers of the 18th century, who introduced new stylistic elements to the genre. Cirillo shows in a very exciting way in his direction how nothing actually happens in this opera - apart from a very subtle play of the relationships between the seven protagonists. As with Marivaux, this is about the social differences when the middle class turns to the servants and vice versa, and as in a Feydeauschen comedy, they wander on stage (and leave again) to spy, to portray themselves, or to court someone until everyone is eaten away by doubt. 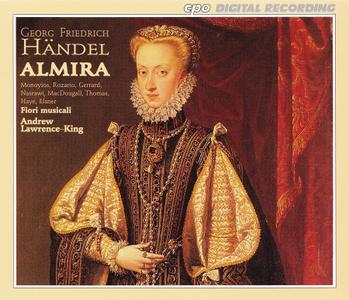 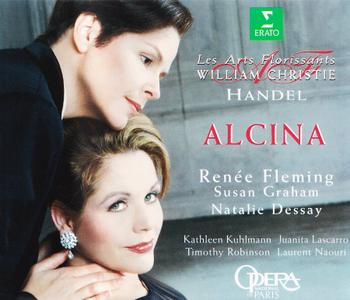 Handel's operas–the center of his creative life before oratorios became the focus–have spent far too long in limbo awaiting rediscovery, which slowly started happening in the late '60s with works such as Giulio Cesare. But whether Handelian opera is still a novelty or you're already a rabid convert, this emotionally resonant, crisply played, superbly cast interpretation under William Christie and Les Arts Florissants is likely to shake up some of your ideas about the composer. 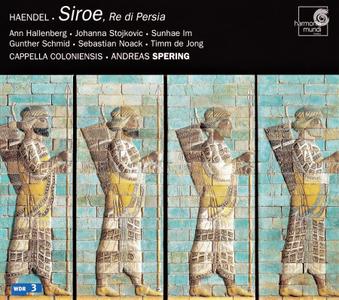 While it isn't Handel's most obscure opera (hum a few bars from Catone, anyone?), Siroe, Re di Persia is definitely on the margins. It's hard to say why exactly, although the unflatteringly edited Metastasio libretto (by Nicola Haym) is surely part of the reason; the character and conflict development of the original are largely missing from the version Handel set. But the music is Handel at his best, and let's face it: from the perspective of a modern listener, plot is not the main draw of opera seria. With that in mind, Harmonia Mundi's complete recording, with Andreas Spering and the Cappella Coloniensis, is an excellent first step toward giving Siroe wider exposure. It's well played, thoughtfully conducted, and it features an excellent trio of leading ladies. 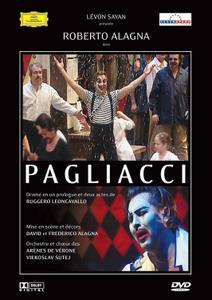 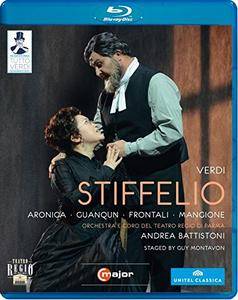 Stiffelio was based on the play Le pasteur, ou L'évangile et le foyer by Émile Souvestre and Eugène Bourgeois and was originally censored due to it involving as it does a Protestant minister of the church with an adulterous wife.
The golden timbre of Roberto Aronica graces the title role…His commanding tenor makes one sit up and listen, with some notable long-breathed phrasing and a smooth legato a joy to hear…[Yu Guanqun's] is a rich, true lyric soprano with a glint of steel and strong, even emission in the upper register…[Frontali] sings with great command of Verdian shape and line. (International Record Review) 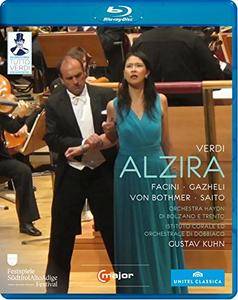 Alzira is based on the play by Voltaire and displays the composer's maturity through glowing lyric moments, and the weaving together of complex emotional and musical strands.
All act with conviction as they are singing and bring good expression and diction to their roles…In the title role, Junko Saito sings with warm expressive tone, good diction and also acts with conviction. (MusicWeb International) 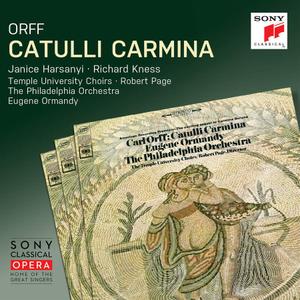 In 1943, Orff followed up the overwhelming success of his Carmina Burana with Catulli Carmina, another staged choral work scored for percussion and pianos. The text of this parable of the power of Eros is drawn from poems by Catullus. The 1967 American Columbia recording, with Eugene Ormandy conducting the Philadelphia Orchestra and Temple University Choir and featuring soprano Judith Blegen and tenor Richard Kness “has plenty of vitality” (Gramophone). Its first appearance on CD is sure to be welcomed by the many devotees of Orff’s music. 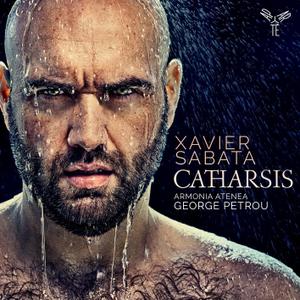 Around the year 1600, a group of Florentine aristocrats, inspired by ancient Greek drama, gave birth to opera. They intended to move and glorify human passions in such a strong way that the spectator's soul would be cleansed of these passions. This was the process that Aristotle called 'catharsis'. Xavier Sabata grasps this highly intense moment at the heart of the destiny of legendary heroes of Baroque opera. A fascinating album by the author of Bad Guys, accompanied by George Petrou and Armonia Atenea. 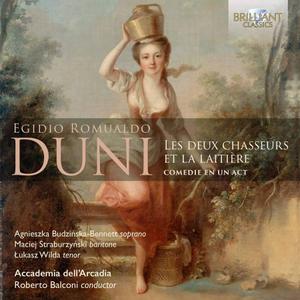 Les deux chasseurs et la laitière, a oneact opera by Egidio Romualdo Dun, was premiered in Paris by the company of Théâtre de Comédiens Italiens, in July 1763. This work, staged then many times at the Opéra Comique, was soon published and its popularity among European theatres reached its peak between the 1780s and the beginning of 19th century. 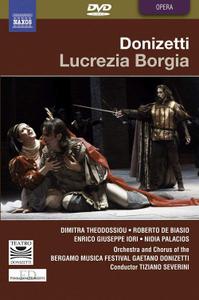 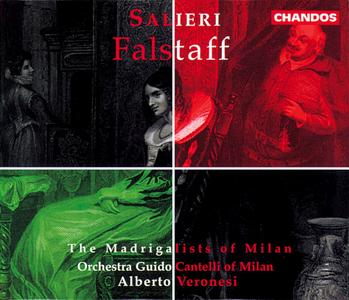 By far the best opera based on Shakespeare's The Merry Wives of Windsor, is Verdi's Falstaff. But the lazy, cowardly, greedy, overweight, alcohol-soaked, sexually predatory, and somehow (despite everything) endearing antihero is big enough for more than one opera. Salieri's Falstaff is much simpler and smaller in scale than Verdi's, less inventive and energetic. But this is a sophisticated, funny, brightly performed treatment of Falstaff's attempt to woo two married women with identical love notes. 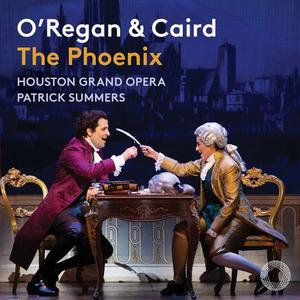 Houston Grand Opera Chorus, Houston Grand Opera Orchestra & Patrick Summers - O'Regan: The Phoenix (Live) (2020)
FLAC tracks | 02:24:57 | 726 Mb
Genre: Classical / Label: Pentatone
Pentatone continues its "American Opera Series" with Houston Grand Opera’s world premiere recording of Tarik O’Regan’s The Phoenix (2019), an opera on the life of Lorenzo da Ponte, Mozart’s favorite librettist. Da Ponte (1749-1838) was an adventurer, who not only travelled the world, but in a way also through time, living across what seem to be impossible moments of history that never should have aligned in somebody’s life. Together with librettist John Caird, O’Regan has designed The Phoenix as an opera within an opera, exploring Da Ponte’s life in the US, and as such providing a fascinating perspective on America as a nation of immigrants. The young and elder Da Ponte are created by Luca Pisaroni and Thomas Hampson, respectively. Music director Patrick Summers conducts the Houston Grand Opera.
Details 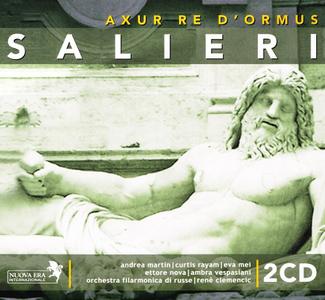 Axur, re d'Ormus is an operatic dramma tragicomico in five acts by Antonio Salieri. The libretto was by Lorenzo da Ponte. Axur is the Italian version of Salieri's 1787 French-language work Tarare which had a libretto by Pierre-Augustin Caron de Beaumarchais. Axur premiered at the Burgtheater in Vienna on 8 January 1788, the title role being sung by Francesco Benucci, Mozart's first Figaro. It became one of the most famous operas in Vienna, being performed much more frequently than Mozart's Don Giovanni, which was first performed in Vienna on 7 May 1788.