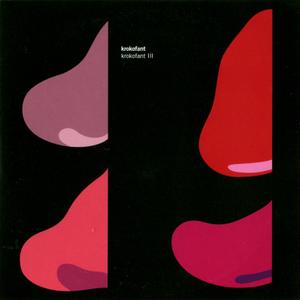 Krokofant is a progressive free jazz-rock instrumental trio from Kongsberg, Bukserud, Norway, comprising guitarist Tom Hasslan, saxophonist Jørgen Mathisen, and drummer Axel Skalstad. They took their name from a mythical creature out of a popular Norwegian children's song, described as "a lumbering trumpeting beast with a fearsome array of teeth in its snapping jaws," a dead cross between an elephant and a crocodile. This was a perfect description of the band's sound on their 2014 self-titled debut. Krokofant's sound weds progressive rock influenced by King Crimson and Henry Cow, to the improvisational power of electric jazz ensembles such as Terje Rypdal's early quartet, Mahavishnu Orchestra, the improvisational chaos of Last Exit, and the mathy death metal of Meshuggah.

Krokofant was formed in 2011 as a guitar-and-drum duo when Hasslan met Skalstad in a guitar shop and they began playing together, working out an explosive prog rock-meets-free jazz sound. The trio was completed in 2012 when they encountered Mathisen, already a seasoned veteran, having played in Norwegian groups Shagma, the Core, and Zanussi Five. The trio quickly gained popularity in Norway as part of a burgeoning 21st century jazz-rock scene. Their self-titled debut album was issued by Rune Grammofon in March of 2014. Greeted with enthusiasm by both rock and jazz fans, the band toured the festival circuit in Europe over much of the next year. In 2016, they emerged with their sophomore album, the even more aggressive Krokofant 2, followed by the aptly named Krokofant 3 in 2017. The band switched it up for Q in September of 2019. They added two specifically sought-after guests in order to free up the band's three members and expand their collective sonic canvas and textural palette. Keyboardist Ståle Storløkken (Elephant9, Supersilent, Terje Rypdal) and virtuoso bassist Ingebrigt Håker Flaten (the Thing, Scorch Trio, Atomic) on an electric bass assisted in pursuing the full scope of their playing potential with compositions that ranged from near-pastoral to assaultive jazz-rock skronk.

All thanks go to vp_sunset