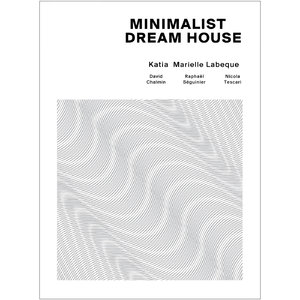 From American pioneers La Monte Young, Terry Riley, and Philip Glass all the way to Brian Eno, Sonic Youth, and Aphex Twin, the world’s reigning piano duo, along with guest artists, will present a bird’s eye survey of Minimalism from a keyboard perspective in three 40-minute sets. Come and go as you will. Just don’t miss it.
Details 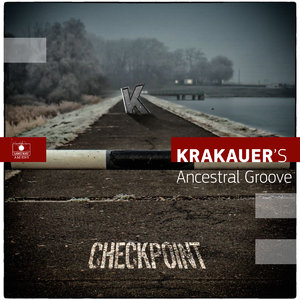 Only a select few artists have the ability to convey their message to the back row, to galvanize an audience with a visceral power that connects on a universal level. David Krakauer is such an artist. Widely considered one of the greatest clarinetists on the planet, he has been praised internationally as a key innovator in modern klezmer as well as a major voice in classical music.
Details 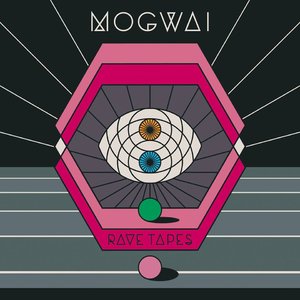 "Rave Tapes" is the eighth studio album by Mogwai and their second on Rock Action, the label they set up almost 18 years ago to issue their debut 7inch single, Tuner/Lower. In between, the Scottish quintet have established themselves on the international stage through a prolific recorded output and a commitment to touring that few of their peers can match. Clocking in at just under 50 minutes, the 10-track album is a lustrous collection mined from the same quarry as its predecessors, wreathed in painterly textures underpinned by increasingly electronic beats.
Details 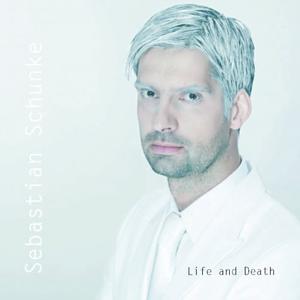 Sebastian Schunke - Life And Death (2011)
FLAC (tracks) 24-bit/44.1 kHz | Time - 60:46 minutes | 636 MB
Studio Master, Official Digital Download | Artwork: Front cover
Sebastian Schunke brings with “Life and Death” a new and very intimate touch to his music – piano solo. For the first time Sebastian plays part of his highly acclaimed compositions as a Solo pianist. On the other 4 compositions he presents his new band – the new wild and high energetic Berlin. An international band of young innovative musicians based in Berlin – Dan Freeman on tenor saxophone, Diego Pinera on drums and Marcel Krömker on bass. This formation already toured the world with Sebastian, developing a new not yet seen and heard Modern Sound in Latin Jazz – it is maybe one of the most innovative sounds of Latin Jazz existing. The band is supported perfectly by Grammy Award Winning percussionist Pernell Saturnino. From New York.
Sebastian Schunke Jazz
Details 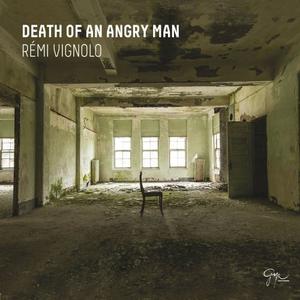 Rémi Vignolo - Death of an Angry Man (2015)
FLAC (tracks) 24-bit/44.1 kHz | Time - 48:06 minutes | 543 MB
Studio Master, Official Digital Download | Artwork: Front cover
For his first album as a leader, Rémi Vignolo was solidly surrounded. Christophe Panzani, Pierre Perchaud, Tony Paeleman, Julien Herné, Olivier Temime and Magic Malik are there to accompany the drummer / bass player who had previously shone on the albums of others, from Claude Nougaro to Biréli Lagrene, via Jacky Terrasson, Richard Galliano, Aldo Romano, Charles Aznavour, Michel Legrand, Baptiste Trotignon, Enrico Pierranunzi, Bojan Z and many others. With Death Of An Angry Man, Vignolo really imposes his name since he signs six of the seven compositions, having fun for the last to take over Air Balloon from Lili Allen! In the ears, the fiesta is total.
Rémi Vignolo Gaya Music Jazz
Details 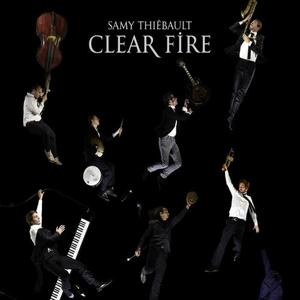 Samy Thiébault - Clear Fire (2015)
FLAC (tracks) 24-bit/44.1 kHz | Time - 59:33 minutes | 657 MB
Studio Master, Official Digital Download | Artwork: Digital Booklet
After Gaya Scienza in 2007 and Unpanishad Experiences in 2010, saxophonist Samy Thiebault returns to Gaya Music, in sextet! With Clear Fire, He places himself under the tutelage of Baudelaire and his "clear fire" which purifies the soul, and his album is broken down into a series of pieces which take their title from concepts of ancient philosophy. From the voice of Meta to the drums of Philippe Soirat passing by the trumpet of Julien Alour, an authentic energy emerges, a liberating force, and the intensity of the tenor of Samy Thiebault springs like evidence, for an unpredictable and enjoyable result . In a word: Dionysian!
Gaya Music Jazz Samy Thiébault
Details 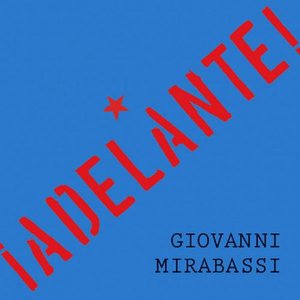 Giovanni Mirabassi - ¡Adelante! (2011)
FLAC (tracks) 24 bit/96 kHz | Time - 64:34 minutes | 1,08 GB
Studio Master, Official Digital Download | Artwork: Front cover
Is Giovanni Mirabassi’s performance music, or an expression of revolt ? Simply both. And of course, the pianist renders these tunes with all his sensitivity and his brilliant technique. He obviously believes that the music speaks for itself. In this album, Giovanni Mirabassi performs as a soloist but three special guests join him in his Cuban recording sessions on the tune "Yo me quedo", all members of the historical Ikarere (a Cuban group founded by Chucho Valdés), and singer Angela Elvira Pérez, on the tune Hasta Siempre, in a more destructured version than the one we are used to hearing.
Details 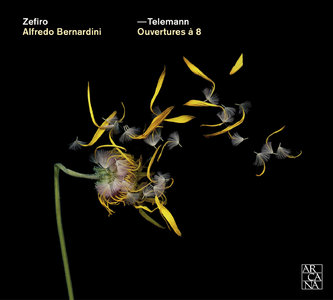 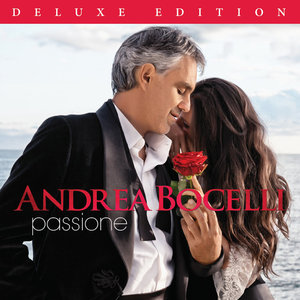 Andrea Bocelli - Passione (2013) [Deluxe Edition]
FLAC (tracks) 24 bit/96 kHz | Time - 69:00 minutes | 1,5 GB
Studio Master, Official Digital Download | Artwork: Front cover
"Passione" is a lush collection of Mediterranean love songs featuring duets with Jennifer Lopez and Nelly Furtado. Bocelli is an international superstar with a myriad of breathtaking career achievements to his name. Here, Bocelli reunites with 16-time GRAMMY Award-winner David Foster. Foster produced his 2006 collection of romantic songs, "Amore", which sold over 2.5 million copies and debuted at #3 on the Billboard 200. Passione is essentially the second volume. It features several beloved classics including “Love Me Tender,” “Quizas, Quizas, Quizas,” “Il Nostro Incontro,” “Corcovado (Medley)” and more. It is a repertoire of endless beauty that collects some of the most intense songs of all time.
Details 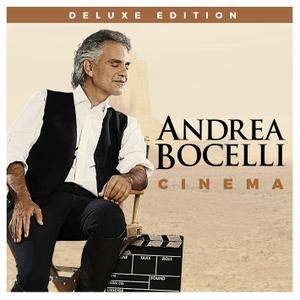 Andrea Bocelli - Cinema (2015)
FLAC (tracks) 24-bit/96 kHz | Time - 61:23 minutes | 1,28 GB
Studio Master, Official Digital Download | Artwork: Digital booklet
International superstar Andrea Bocelli returns with eagerly awaited album "Cinema". "Cinema" celebrates the greatest movie songs of all time and reunites a team of musical legends. The album features a collection of movie songs etched in the culture and hearts of several generations including epic theme songs featured in films such as “Doctor Zhivago”, “Love Story”, “The Godfather”, “Life is Beautiful”, “Gladiator”, “The Postman”, “Breakfast at Tiffany’s” and many more, as well as popular songs from stage musicals, immortalised by their film versions, such as “West Side Story” and “Evita”.
Details 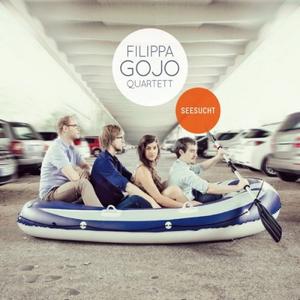 Filippa Gojo Quartett - Seesucht (2017)
FLAC (tracks) 24-bit/96 kHz | Time - 52:44 minutes | 1 GB
Studio Master, Official Digital Download | Artwork: Front cover
It is not easy to imagine a warm summer rain in Greenland. Or cumin in a cream pie. Colour in "Casablanca". Freedom in North Korea. Or lush green basil in Death Valley. All these things would be unusual and unexpected. Some would be unorthodox, but perhaps interesting simply because they are so surprising. Because they are things that did not exist before.
Filippa Gojo Quartett Jazzhaus Records Jazz
Details 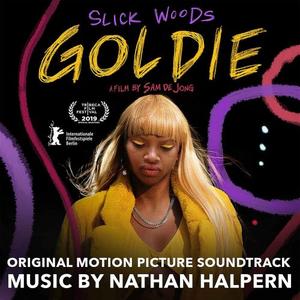 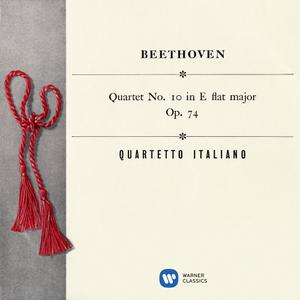 Quartetto Italiano - Beethoven: String Quartet No.10 "Harp" (1956/2020)
FLAC (tracks) 24 bit/96 kHz | Time - 35:39 minutes | 372 MB
Studio Mono Master, Official Digital Download | Artwork: Front cover
The Quartetto Italiano was a string quartet founded in Reggio Emilia in 1945. They made their debut in 1945 in Carpi when all four players were still in their early 20s. They were originally named Nuovo Quartetto Italiano before dropping the "Nuovo" tag in 1951. They are particularly noted for their recording of the complete cycle of Beethoven string quartets, made between 1967 and 1975. The quartet disbanded in 1980.
Details 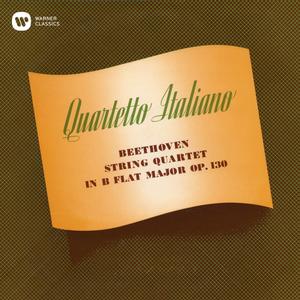 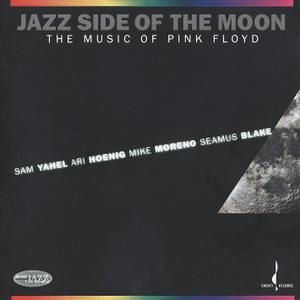 Sam Yahel, Mike Moreno, Ari Hoenig, Seamus Blake -
Jazz Side Of The Moon: The Music Of Pink Floyd (2008)
FLAC (tracks) 24 bit/192 kHz | Time - 55:30 minutes | 2,41 GB
FLAC (tracks) 24 bit/96 kHz | Time - 55:30 minutes | 1,16 GB
Studio Master, Official Digital Download | Artwork: Digital Booklet
A unique Jazz album entitled "The Jazz Side of The Moon" is the next in Chesky Records series of newly recorded Jazz performances. The album is subtitled “The Music of Pink Floyd” and as you might guess, it presents a new take on the classic album "The Dark Side of The Moon" by Pink Floyd. To create a Jazz interpretation of The Dark Side of the Moon, album Co-Producer and Hammond B3 Organ player Sam Yahel called on three top Jazz artists to join him in this project. They are Mike Moreno on Electric & Acoustic Guitars, Ari Hoenig on Drums and Seamus Blake playing the Tenor Sax.
Details
Publication archive