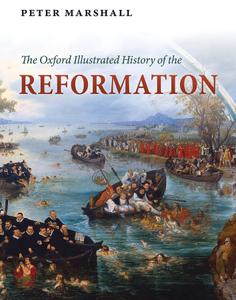 The Oxford Illustrated History of the Reformation (Oxford Illustrated History) by Peter Marshall
English | September 13th, 2017 | ISBN: 0199595496, 0199595488 | 320 pages | EPUB | 19.37 MB
The Reformation was a seismic event in history, whose consequences are still working themselves out in Europe and across the world. The protests against the marketing of indulgences staged by the German monk Martin Luther in 1517 belonged to a long-standing pattern of calls for internal reform and renewal in the Christian Church. But they rapidly took a radical and unexpected turn, engulfing first Germany and then Europe as a whole in furious arguments about how God's will was to be "saved". 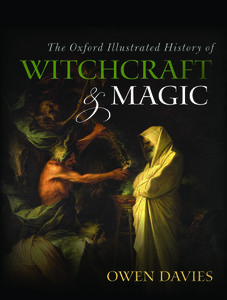 The Oxford Illustrated History of Witchcraft and Magic (Oxford Illustrated History) by Owen Davies
English | April 9th, 2017 | ISBN: 019960844X | 416 pages | EPUB | 49.27 MB
This richly illustrated history provides a readable and fresh approach to the extensive and complex story of witchcraft and magic. Telling the story from the dawn of writing in the ancient world to the globally successful Harry Potter films, the authors explore a wide range of magical beliefs and practices, the rise of the witch trials, and the depiction of the Devil-worshipping witch. The book also focuses on the more recent history of witchcraft and magic, from the Enlightenment to the present, exploring the rise of modern magic, the anthropology of magic around the globe, and finally the cinematic portrayal of witches and magicians, from The Wizard of Oz to Charmed and Buffy the Vampire Slayer. 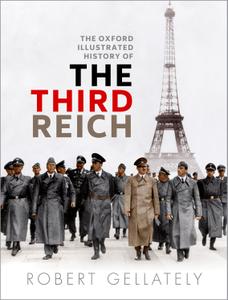 The Oxford Illustrated History of the Third Reich (Oxford Illustrated History) by Robert Gellately
English | May 1st, 2018 | ISBN: 019872828X | 400 pages | EPUB | 31.04 MB
At age thirty in 1919, Adolf Hitler had no accomplishments. He was a rootless loner, a corporal in a shattered army, without money or prospects. A little more than twenty years later, in autumn 1941, he directed his dynamic forces against the Soviet Union, and in December, the Germans were at the gates of Moscow and Leningrad. At that moment, Hitler appeared–however briefly–to be the most powerful ruler on the planet. Given this dramatic turn of events, it is little wonder that since 1945 generations of historians keep trying to explain how it all happened. 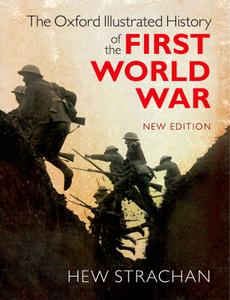 The Oxford Illustrated History of the First World War (Oxford Illustrated History), 2nd Edition by Hew Strachan
English | May 1st, 2016 | ISBN: 0198743122 | 400 pages | EPUB | 26.95 MB
The First World War, now a century ago, still shapes the world in which we live, and its legacy lives on, in poetry, in prose, in collective memory and political culture. By the time the war ended in 1918, millions lay dead. Three major empires lay shattered by defeat, those of Germany, Austria-Hungary, and the Ottomans. A fourth, Russia, was in the throes of a revolution that helped define the rest of the twentieth century.
Oxford illustrated history world oxford
Details 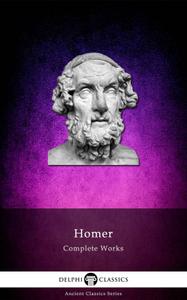 Delphi Complete Works of Homer (Illustrated) (Delphi Ancient Classics, Book 2) by Homer
English | March 2nd, 2016 | ISBN: 1908909714 | 3491 pages | EPUB | 28.53 MB
Greece's most famous poet and arguably the Great Grandfather of all literature, Homer is a monumental writer that has shaped the works of thousands of writers. This collection offers eReaders multiple translations of all of Homer's works, including rare apocrypha texts, as well as the original Greek texts. This Delphi edition is a MUST for all book lovers across the world.
Delphi complete works homer illustrated delphi ancient classics book
Details 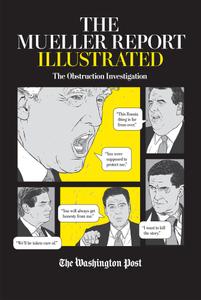 Dungeons and Drawings: An Illustrated Compendium of Creatures 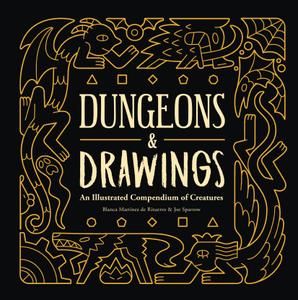 Dungeons and Drawings: An Illustrated Compendium of Creatures by Blanca Martínez de Rituerto, Joe Sparrow
English | November 12th, 2019 | ISBN: 1524852015 | 280 pages | EPUB | 79.18 MB
Whether they're beasts, spirits, demons, or even aliens, most fantasy worlds are filled with monsters. Some are harmless—many more are deadly. Luckily for the discerning adventurer, this book is here to help distinguish between the two. As a popular series sold at conventions and on Etsy, animators Blanca Martinez de Riuerro and Joe Sparrow have compiled three volumes into one deluxe edition.
Dungeons illustrated compendium creatures
Details

How We Invented the Airplane: An Illustrated History (Dover Transportation) 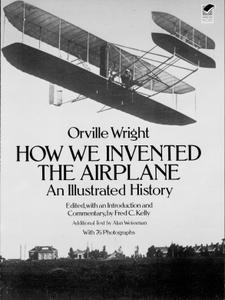 How We Invented the Airplane: An Illustrated History (Dover Transportation) by Orville Wright
English | September 19th, 2013 | ISBN: 0486256626 | 96 pages | EPUB | 11.94 MB
It was the realization of a dream as old as mankind. On December 17, 1903, two bicycle mechanics from Dayton, Ohio, achieved the first sustained, powered, heavier-than-air flight in a machine of their own design and construction. This book offers a concise and fascinating history of that remarkable accomplishment, much of it in the words of the inventors themselves. The heart of the book is Orville Wright's personal account, written in connection with an obscure lawsuit filed against the U.S. government. Long forgotten until a typewritten copy was discovered among the Wright papers at the Library of Congress, it is the best, most detailed account of how the Wright brothers succeeded in creating the machine that lifted man into the sky on wings.
Invented airplane illustrated history dover transportation
Details

The Story of Food: An Illustrated History of Everything We Eat 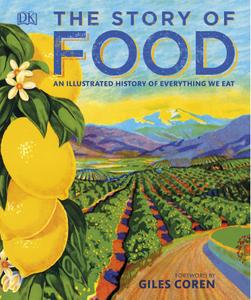 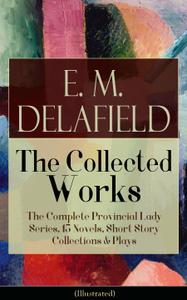 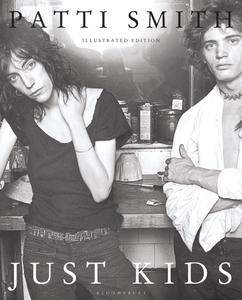 Just Kids illustrated by Patti Smith
English | October 3rd, 2019 | ISBN: 1526615002 | 384 pages | EPUB | 60.24 MB
Patti's Smith's exquisite prose is generously illustrated in this full-color edition of her classic coming-of-age memoir, Just Kids. New York locations vividly come to life where, as young artists, Patti Smith and Robert Mapplethorpe met and fell in love: a first apartment in Brooklyn, Times Square with John and Yoko's iconic billboard, Max's Kansas City, or the gritty fire escape of the Hotel Chelsea. The extraordinary people who passed through their lives are also pictured: Sam Shepard, Harry Smith, William Burroughs, Allen Ginsberg. Along with never-before-published photographs, drawings, and ephemera, this edition captures a moment in New York when everything was possible. And when two kids seized their destinies as artists and soul mates in this inspired story of love and friendship.
Just kids illustrated
Details

A Garden Miscellany: An Illustrated Guide to the Elements of the Garden 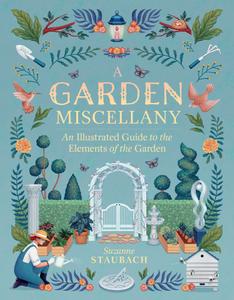 A Garden Miscellany: An Illustrated Guide to the Elements of the Garden by Suzanne Staubach
English | October 29th, 2019 | ISBN: 1604698810 | 220 pages | EPUB | 26.62 MB
“A pleasure to read and a valuable resource to fall back on for the enthusiastic gardener.” —Publishers Weekly
Garden miscellany illustrated guide elements garden
Details

The Science of Pregnancy: The Complete Illustrated Guide From Conception to Birth, US Edition 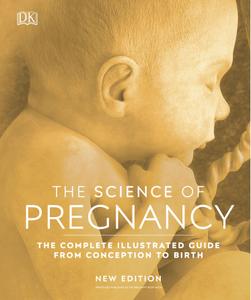 The Concise Human Body Book: An Illustrated Guide to its Structure, Function and Disorders, UK Edition 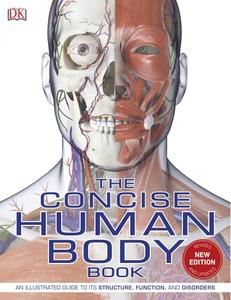 The Concise Human Body Book: An Illustrated Guide to its Structure, Function and Disorders by DK
English | June 6th, 2019 | ISBN: 0241395526 | 322 pages | True PDF | 64.47 MB
Discover all there is to know about human anatomy in DK's latest concise visual guide to the human body. Fully updated to reflect the latest medical information, The Concise Human Body Book is illustrated throughout with colourful and comprehensive diagrams, photographs, scans, and 3D artworks, which take you right into the cells and fibres that are responsible for keeping your body ticking.
Concise human body book illustrated guide structure function disorders
Details

The Science of Pregnancy: The Complete Illustrated Guide from Conception to Birth 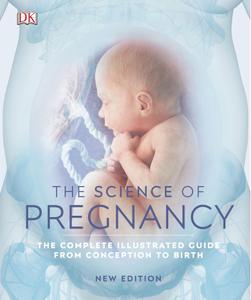