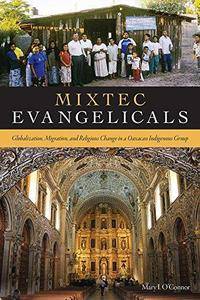 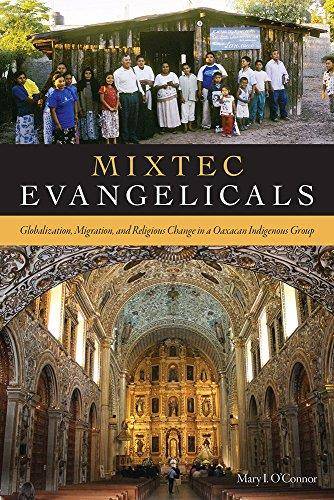 Mixtec Evangelicals is a comparative ethnography of four Mixtec communities in Oaxaca, detailing the process by which economic migration and religious conversion combine to change the social and cultural makeup of predominantly folk-Catholic communities. The book describes the effects on the home communities of the Mixtecs who travel to northern Mexico and the United States in search of wage labor and return having converted from their rural Catholic roots to Evangelical Protestant religions. O’Connor identifies globalization as the root cause of this process. She demonstrates the ways that neoliberal policies have forced Mixtecs to migrate and how migration provides the contexts for conversion. Converts challenge the set of customs governing their Mixtec villages by refusing to participate in the Catholic ceremonies and social gatherings that are at the center of traditional village life. The home communities have responded in a number of ways—ranging from expulsion of converts to partial acceptance and adjustments within the village—depending on the circumstances of conversion and number of converts returning. Presenting data and case studies resulting from O’Connor’s ethnographic field research in Oaxaca and various migrant settlements in Mexico and the United States, Mixtec Evangelicals explores this phenomenon of globalization and observes how ancient communities are changed by their own emissaries to the outside world. Students and scholars of anthropology, Latin American studies, and religion will find much in this book to inform their understanding of globalization, modernity, indigeneity, and religious change. Mary I. O'Connor is associate researcher at the Institute for Social, Behavioral, and Economic Research at the University of California, Santa Barbara. Her work with Mixtec Evangelicals has included field research in the Mexican states of Oaxaca, Sinaloa, Sonora, and Baja California, as well as in California, Oregon, and Washington in the United States. She has received two Fulbright fellowships for teaching in Mexico. She was a visiting research fellow at the Center for US-Mexico Studies at the University of California, San Diego, and has received two Fulbright-Hays grants for faculty research as well as numerous grants from agencies within the University of California system.