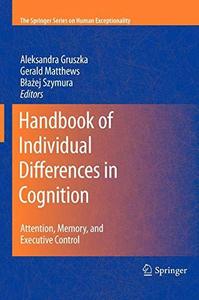 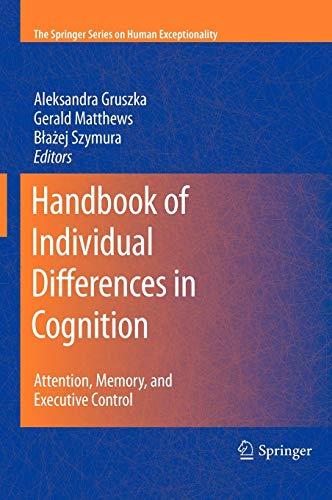 As cognitive models of behavior continue to evolve, the mechanics of cognitive exceptionality, with its range of individual variations in abilities and performance, remains a challenge to psychology. Reaching beyond the standard view of exceptional cognition equaling superior intelligence, the Handbook of Individual Differences in Cognition examines the latest findings from psychobiology, cognitive psychology, and neuroscience, for a comprehensive state-of-the-art volume.Breaking down cognition in terms of attentional mechanisms, working memory, and higher-order processing, contributors discuss general models of cognition and personality. Chapter authors build on this foundation as they revisit current theory in such areas as processing effort and general arousal and examine emerging methods in individual differences research, including new data on the role of brain plasticity in cognitive function. The possibility of a unified theory of individual differences in cognitive ability and the extent to which these variables may account for real-world competencies are emphasized, and commentary chapters offer suggestions for further research priorities.Coverage highlights include:The relationship between cognition and temperamental traits.The development of autobiographical memory.Anxiety and attentional control.The neurophysiology of gender differences in cognitive ability.Intelligence and cognitive control.Individual differences in dual task coordination.The effects of subclinical depression on attention, memory, and reasoning.Mood as a shaper of information.Researchers, clinicians, and graduate students in psychology and cognitive sciences, including clinical psychology and neuropsychology, personality and social psychology, neuroscience, and education, will find the Handbook of Individual Differences in Cognition an expert guide to the field as it currently stands and to its agenda for the future.