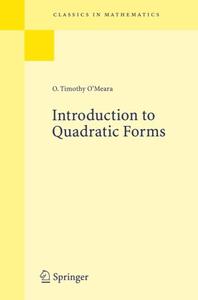 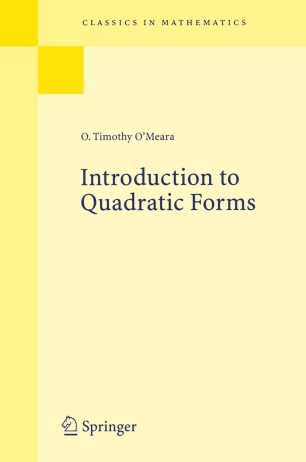 Timothy O'Meara was born on January 29, 1928. He was educated at the University of Cape Town and completed his doctoral work under Emil Artin at Princeton University in 1953. He has served on the faculties of the University of Otago, Princeton University and the University of Notre Dame. From 1978 to 1996 he was provost of the University of Notre Dame. In 1991 he was elected Fellow of the American Academy of Arts and Sciences.
O'Mearas first research interests concerned the arithmetic theory of quadratic forms. Some of his earlier work - on the integral classification of quadratic forms over local fields - was incorporated into a chapter of this, his first book. Later research focused on the general problem of determining the isomorphisms between classical groups. In 1968 he developed a new foundation for the isomorphism theory which in the course of the next decade was used by him and others to capture all the isomorphisms among large new families of classical groups. In particular, this program advanced the isomorphism question from the classical groups over fields to the classical groups and their congruence subgroups over integral domains. In 1975 and 1980 O'Meara returned to the arithmetic theory of quadratic forms, specifically to questions on the existence of decomposable and indecomposable quadratic forms over arithmetic domains.
i will be very grateful when you support me and buy Or Renew Your Premium from my Blog links
i appreciate your support Too much as it will help me to post more and more