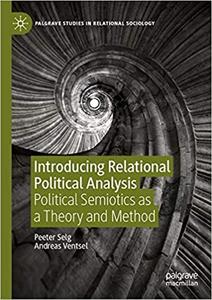 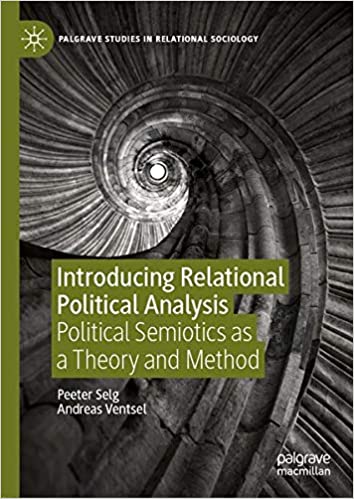 Peeter Selg, "Introducing Relational Political Analysis: Political Semiotics as a Theory and Method "
English | ISBN: 3030487792 | 2020 | 336 pages | EPUB, PDF | 2 MB + 4 MB
This book introduces relational thinking to political analysis. Instead of merely providing an overview of possible trajectories for articulating a relational political analysis, Peeter Selg and Andreas Ventsel put forth a concrete relational theory of the political, which has implications for research methodology, culminating in a concrete method they call political form analysis. In addition, they sketch out several applications of this theory, methodology and method. They call their approach “political semiotics” and argue that it is a fruitful way of conducting research on power, governance and democracy – the core dimensions of the political – in a manner that is envisioned in numerous discussions of the “relational turn” in the social sciences. It is the first monograph that attempts to outline an approach to the political that would be relational throughout, from its meta theoretical and theoretical premises through to its methodological implications, methods and empirical applications.