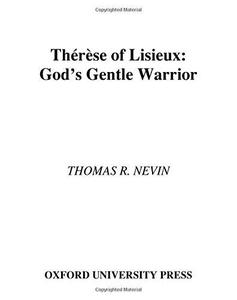 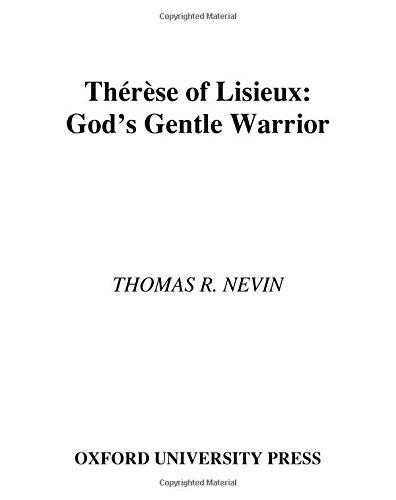 Th?r?se of Lisieux (1873-1897), also known as St. Th?r?se of the Child Jesus and the Holy Face, is popularly named the Little Flower. A Carmelite nun, doctor of the church, and patron of a score of causes, she was famously acclaimed by Pope Pius X as the greatest saint of modern times. Th?r?se is not only one of the most beloved saints of the Catholic Church but perhaps the most revered woman of the modern age. Pope John Paul II described her as a living icon of God. Her autobiography Story of a Soul has been translated into sixty languages. Having long transcended national and linguistic boundaries, she has crossed even religious ones. As daughter of Allah, she is venerated widely in Islamic cultures. Therese has been the subject of innumerable biographies and treatises, ranging from hagiographies to attacks on her intelligence and mental health. Thomas R. Nevin has gained access to many untapped archival materials and previously unpublished photographs. As a consequence he is able to offer a much fuller and more accurate portrait of the saints life and thought than his predecessors. He explores the dynamics of her family life and the early development of her spirituality. He draws extensively on the correspondence of her mother and documents her influence on Th?r?ses autobiography and spirituality. He charts the development of Th?r?ses career as a writer. He gives close attention to her poetry and plays usually dismissed as undistinguished and argues that they have great value as texts by which she addressed and informed her Carmelite community. He delves into the French medical literature of the time, in an effort to understand how the tuberculosis of which she died at the age of 24 was treated and lamentably mistreated. Finally, he offers a new understanding of Th?r?se as a theologian for whom love, rather than doctrines and creeds, was the paramount value. Adding substantially to our knowledge and appreciation of this immensely popular and attractive figure, this book should appeal to many general readers as well as to scholars and students of modern Catholic history.