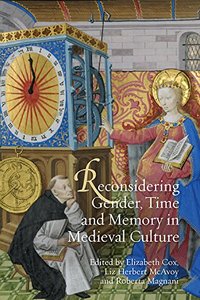 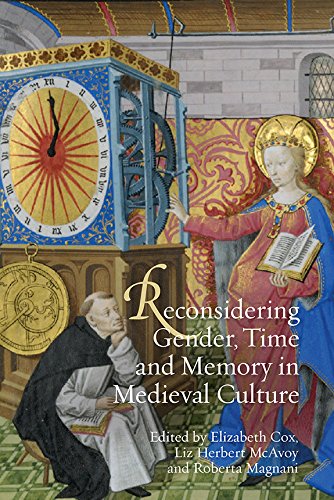 Reconsidering Gender, Time and Memory in Medieval Culture (Gender in the Middle Ages) by Elizabeth Cox and Liz Herbert McAvoy
English | 2015 | ISBN: 1843844036 | 215 pages | PDF | 2,2 MB
The training and use of memory was crucial in medieval culture, given the limited literacy at the time, but to date, very little thought has been given to the complex and disparate ways in which the theory and practices of memoryinteracted with the inherently unstable concepts of time and gender at the time. The essays in this volume, drawing on approaches from applied poststructural and queer theory among others, reassess those ideologies, meanings and responses generated by the workings of memory within and over ""time"". Ultimately, they argue for the inherent instability of the traditional gender-time-memory matrix (within which men are configured as the recorders of ""history""and women as the repositories of a more inchoate familial and communal knowledge), showing the Middle Ages as a locus for a far more fluid conceptualization of time and memory than has previously been considered. Elizabeth Cox is Lecturer in Old English at Swansea University; Roberta Magnani is Lecturer in Medieval Literature at Swansea University; Liz Herbert McAvoy is Professor of Medieval Literature at Swansea University. Contributors: Anne E. Bailey, Daisy Black, Elizabeth Cox, Fiona Harris-Stoertz, Ayoush Lazikani, Liz Herbert McAvoy, Pamela E. Morgan, William Rogers, Patricia Skinner, Victoria Turner.